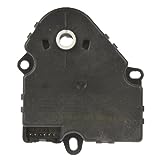 
Just before 7 p.m. on Tuesday night, Senate Democratic Leader Harry Reid approached one of his fiercest Republican rivals on the Senate floor. The outgoing Democratic leader whispered a few words to Louisiana Sen. David Vitter, then the two shook hands.

The end of the year deal was on.

Shortly after that shake the wheels of the Senate began churning intensely and an unanticipated roll call vote began to confirm a member of the Federal Energy Regulatory Commission. The chamber never slowed down as it powered through the night with an intensity seen only on the last day of the year — which for the Senate, it was.

Aides worked the floor furiously, clearing deals on the fly in order to let senators go home five days after their House counterparts finished up business. Senators swiftly approved billions of dollars in retroactive tax breaks that will allow taxpayers to claim scores of exemptions for 2014. Dozens of nominees were confirmed unanimously or by voice vote as the clock ticked on, building on Democrats’ progress pushing through several bitterly contested nominations during the last days of their majority. After fighting Democrats tooth and nail for more than a year on lifetime judicial appointments, Republicans waved the white flag on fighting Reid’s attempts to confirm a dozen judicial nominations and allowed eleven of them to go through without dissent.

But one man stood in the way of legislation viewed as a must-pass by many: Sen. Tom Coburn (R-Okla.). During his last day as a United States senator, Coburn took arrows from senators in both parties as he refused to allow the Terrorism Risk Insurance Act to come quickly to a vote, legislation that helps insure commercial buildings. Reid said Coburn would “kill” the bill by objecting to its swift consideration, and the only way the Senate could have passed it would have been staying in for several more days as lawmakers eyed the exits after a year of bitter divisions. The Senate overwhelmingly passed its own bill earlier this year, but the stalemate means the program will lapse on Jan. 1.

A few hours earlier, the logjam began to break when the Senate confirmed both Tony Blinken to be deputy secretary of State and Sarah Saldaña to be a top Obama administration immigration official as Democrats sought to capitalize on the last days of their majority. Blinken and Saldaña joined Vivek Murthy, who was confirmed on Monday as surgeon general despite howls from the NRA and Republicans over his statements linking public health and gun control.

The vote to install Saldaña, currently the U.S. attorney for the Northern District of Texas, as the head of Immigration and Customs Enforcement was 55-39 and faced almost unanimous GOP opposition— the first time Republicans have taken out their furor over President Barack Obama’s immigration executive actions against a nominee. Saldaña will now oversee one of the three key agencies under the Department of Homeland Security that handle immigration.

Blinken, currently a top national security adviser to Obama, was confirmed 55-38 to be deputy secretary of State over the objections of Sen. John McCain (R-Ariz.). McCain tried to hold up Blinken’s confirmation in recent weeks and on Tuesday lit into the now confirmed diplomat as “not only unqualified, but in fact, in my view, one of the worst selections of a very bad lot that this president has chosen.”

Like Murthy, both Saldaña and Blinken fell short of garnering the support of 60 senators during votes to clear a filibuster, indicating they benefited from Senate Democrats’ unilateral rules change to ease the confirmation of Obama’s nominees. Only two Republicans supported Saldaña’s confirmation — Coburn and Orrin Hatch of Utah. The same number supported Blinken: Bob Corker of Tennessee and Jeff Flake of Arizona.

Saldaña appeared to be on a relatively smooth road to confirmation earlier this year, when her nomination sailed through the Senate Homeland Security and Governmental Affairs Committee and home-state Sen. John Cornyn (R-Texas), gave her a warm reception as he introduced her during her confirmation hearing.

But then Obama went through with his executive-action pledge to protect millions of undocumented immigrants from deportation and grant them three-year work permits. Senate Republicans quizzed Saldaña in a written questionnaire whether she supported the unilateral actions, and she responded that she did.

“I believe that the president of the United States, as others before him, has legal authority to take executive action to address areas within the purview of the executive branch,” Saldana wrote to Senate Republicans.

Once her nomination came up before the Senate Judiciary Committee, all GOP senators on the panel voted against her, including immigration reform advocates such as Sens. Flake and Lindsey Graham of South Carolina. Sen. Jeff Sessions (R-Ala.) said this week that Saldaña’s “answer reflects a remarkable disregard for the rule of law that demonstrates the difficulty she’ll have as being the leader of this important ICE agency.”

Senate Democrats vented their frustration with Republicans, noting that the GOP weren’t dismissing Saldaña’s credentials and résumé but opposing her confirmation solely on the grounds of Obama’s actions.

“We cannot judge the qualifications of Sarah Saldaña to run Immigration and Customs Enforcement based solely on the fact that she agrees with the policy decisions of the president who nominated her,” Sen. Bob Menendez (D-N.J.) said Tuesday. “That is an absurd and completely illogical standard.”

Though Saldaña was confirmed, battles over Obama’s immigration policy will take center stage in 2015 almost immediately as the new Republican Senate majority joins the GOP-controlled House to weigh confirmation of Loretta Lynch to be attorney general and determine how to attack Obama’s executive action when Department of Homeland Security funding expires at the end of February.