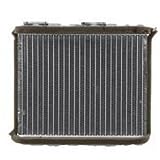 The BMW i3 may well have killer looks, but she’s just bags more trouble than … – Daily Mail

There is no phrase more used and abused in the world today than the
three mischievous little words ‘save the planet’.

The planet will be
fine without any help from us. It may end up hotter, colder, wetter or
drier, depending on how much more we beat it up, but that won’t stop it
being here long after we’ve gone and taken the poor polar bears and
elephants down with us.

Just click on Google images of Chernobyl to see
how adept Mother Earth is at reclaiming what is rightly hers. The BMW i3 is super fast and corners like she’s on rails, which you’d never guess from her shape

It is with incredulity, therefore, that I stare at the various recycling
bins I’m urged to separate my rubbish into, both at home and at work,
on a daily basis.

I’ve no doubt such bother helps a teeny-weeny bit, but
surely the real problem is at source rather than what we do with all
the needless nonsense after it’s been produced.

It’s simple – we need to stop making things now. Especially cars. And
especially cars that claim to be in some way good for the environment,
which is total and utter tosh.

The more an industry shouts about what
it’s doing in the eco-friendly department, the more guilt I suspect it
shoulders while doing exactly the opposite. A gold star to the Zen master who designed the interior. It’s so elegantly simple, refined, calming

Most businesses don’t have
consciences, they just have strategies that might call for the facade of
a conscience to bolster the bottom line.

Cue the BMW i3, my new poster girl for the delusional automotive green
brigade.

As Oasis once sang (before they remembered they couldn’t stand
each other and split up – again), ‘she’s electric’.

What they didn’t
sing, however, was ‘but she’s also petrol,’ as is the case here. And it
only gets more confusing from there on in.

First, though, let me tell you how nearly brilliant she is.

For starters, a gold star to the Zen master who designed the interior.
It’s so elegantly simple, refined, calming.

Where Citroën has gone all
Starship Enterprise with its designs, the i3 reminds me of the first
time I ever saw a Bang & Olufsen stereo system –
after-dinner-mint-thin, super-sleek clean lines, gorgeous, oozing
genuine aesthetic pleasure… wow. Even the raw recycled door panels,
left unpainted to leave you in no doubt as to how worm-friendly they
are, somehow fit into this perfectly crafted jigsaw.

The infotainment system and sat-nav are
the best and easiest to operate of any car on the road and the drive is
fabulous.

She’s super fast and corners like she’s on rails, which you’d
never guess from her shape.

She looks top heavy but isn’t at all; her
centre of gravity is in fact extremely low, with a perfect 50/50
division of weight from front to rear.

She is also quieter than a dead person,
apart from when the petrol engine kicks in and starts to hum like a
workshop compressor that’s overdone the Night Nurse.

And this, alas, is where the tide begins
to turn.

Even though she is the first mini car I have experienced that
is as easy to get in the back as the front (thanks to the rear-hinged
coach-style doors), this huge plus is thwarted by one of the most
ridiculous car industry innovations of all time. She looks top heavy but isn’t at all; her centre of gravity is in fact extremely low, with a perfect 50/50 division of weight from front to rear

The front seat belts are attached to the
inside of the rear doors, which means, if the driver and his shotgun
are belted up when someone tries to inadvertently access the rear, their
seatbelts are yanked backwards while they are still in them.

How on
earth did that idea ever get signed off?

But there’s an even bigger reason to
pass on the i3. I kept a brief travel log to help me explain why.

Check
out the distance, destinations and range for both the petrol engine and
electric engine, whose two gauges tormented me sadistically the whole
time I was behind the wheel. When I got home every day I had to find time I don’t really have to fill up with petrol, as well as plugging into the mains for a charge

I had the heater on as it was 1.5°C
outside and I had the lights on because I didn’t want to die or get
arrested for causing someone else to.

I had the radio on to see what my
colleagues and the rest of the world was up to and I had the interior
light on as I was writing this.

Just before I set off, my petrol miles
went down to 46, and my electric miles went up to 55, even though I
hadn’t moved an inch.

More useless information for my already scrambled
brain to have to cope with instead of enjoying the early-morning
birdsong and contemplating who I’d most like to win the Six Nations
(England because I’m English or Ireland because it was Brian
O’Driscoll’s last game). She may well have killer looks and more than a touch of pep in her step, but she’s just bags more trouble than she’s worth

You get the idea?

It’s like spinning plates, not knowing what’s going to be left in which power source by the time you get to where you want to go – if you get there at all.

The next day I was leaving London on the A40 and had to turn round to go back into town unexpectedly, which caused me to question whether or not I should book a hotel room just in case.

The overall range capacity is so limited, even from max capacity, and the margin for error becomes exponentially more buttock-clenching with the passing of every mile.

This is compounded by the automatic switching between the two engines, which makes the whole scenario so variable and unpredictable.

I found myself in a permanent state of anxiety wondering what was going to happen next.

On top of which, when I got home every day I had to find time I don’t really have to fill up with petrol, as well as plugging into the mains for a charge.

How I yearned instead for my single weekly visit to the service station.

I’m so sorry to report this car is almost marvellous, but in the end not at all.

She may well have killer looks and more than a touch of pep in her step, but she’s just bags more trouble than she’s worth, which, by the way, in BMW’s opinion is circa £40,000 for the model I tested.

WHAT’S HOT ON THE ROAD THIS WEEK Looking for a car with a bit of extra room? Peugeot has announced that prices for its 308 SW estate will start at £16,845, with first deliveries expected in June. The 308 SW is available in four trim levels with three petrol and five diesel engines. Boot space is a capacious 610 litres, rising to 1,660 litres with the seats folded flat. The order book is now open The 2014 Citroen C1 supermini goes on sale in July, priced from £8,245. It’s available as a three-door or five-door, with three trim levels and two engine options on offer (a 68bhp or 82bhp 1.0-litre VTi motor). Optional extras include air-con, leather seats and keyless entry/start. But with summer round the corner, perhaps most interest will be directed towards the Airscape model, which has a rather nifty retractable roof.

Chris usually only drives his own multi million pound cars so looks down on the average car so not a great muttering rotter 😉 BUT I agree with him this time, BMWs are just for 0iks with aspirations and as far as battery cars being green? Canadian strip mining is all I’d say!

And that’s without the mountains of rubbish to create the thing in the first place.
Go for the leanest burn engine you can…be far better