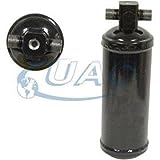 The BMW i8 Story I Never Published But Really, Really Wanted To – Jalopnik

The much-anticipated BMW i8 is a technological quantum leap forward in terms of design, engineering, and performance. But above all, it’s a car to get people excited about cars again. Ladies and gentlemen, welcome to the new ambassador of car culture.

(Full disclosure: This is a story from fall of 2014 that was never published because Travis Okulski basically said the same things in his review, possibly better. Don’t tell him I told you that.)

Consider your senses adequately assaulted. Every single unorthodox, styled-by-science panel of the car is made to captivate, and begs the question of how a production car could come so close to its concept, meet strict safety specs and still be relatively livable in the real world.

The i8’s masculine features are made by its sharp angles and menacing front gaze, fueled by its bright daytime running LED bars, which are the only indication the car is actually on from its exterior. In addition to these aggressive features, the entire body exudes an unmistakable femininity, with its swooping curves, flowing roofline, and air-sculpted rear quarter panel. It’s divisive, in your face, and unapologetically themed. It’s the TMZ of sports cars.

Another notable aspect to consider about this unusual German motor, other than its outlandish shape, is its size. It’s taller than a “regular” supercar by a fair margin, and allows for plenty of headroom. It’s a car made for a range of people, not just a pre-determined bunch of average-sized oil barons. BMW actually wants you to buy this car and use it in comfort. Fancy that.

Getting into the car’s equally crazy interior is an event. You don’t just step into it, you open the giant McLaren-style doors and throw yourself in, hoping you don’t smash your temple on dry carbon or nick something too expensive.

The layout is intuitive, driver-centered, and ultimately very simple, with lots of cues that let you know that you’re not in any ordinary BMW. The air conditioning vents float. They float.

The only real gripe to have with the car is of the material quality used in the interior. It feels a tiny bit on the cheap side, with untextured flat plastic being the most abundant element in the cabin. It’s fine on a car that’s $50,000, but not one with a gasp-inducing $136,000 starting MSRP.

Also, the seat belts are a shade of blue that would likely entice the precocious owner of a 1992 Civic CX browsing eBay for a cheap way to spice up his interior, not necessarily the best thing to include on a supercar.

But both of these are minor gripes, as it doesn’t detract from the car’s driving dynamics in the least.

Low-speed maneuvering and parking this car is supremely easy, as the car has cameras everywhere and gives you a top, down 360 degree view of the surrounding area. It also has a camera firing straight out of the back of the car, with guiding markers to let you know of any cats you might involuntarily flatten. A quick note—if you curb the wheels on this car, you should probably just take the bus from now on.

“Yes, yes, but what is it like when you floor it?!” you yell to yourself, while remembering that you didn’t take your meds this morning. Here’s a how fast this car is: at full throttle, you will forget what you’re thinking about. It’s so blindingly quick that for uninitiated passengers, it literally pulls the thoughts from your head.

I’ve been in fast cars before. I’ve piloted modified 600-horsepower all-wheel-drive monsters that were more turbo than engine. I’ve had a V12 twin turbo Mercedes, and my Lexus is a ton of fun with a boot full of power at the ready.

This car is on another wavelength. It is the car of tomorrow. There is no other vehicle that feels like this when you accelerate at speed, damn the relatively low sub-400 horsepower on-paper figure.

Upon flooring the i8’s aluminum go-fast pedal, the 1.5-liter, 3 cylinder turbocharged engine dramatically bursts into life and the electric motors at the wheels convert the broken white lines separating traffic lanes into solid ones. The rate of speed and the sheer uninterrupted torque that this thing puts out from start, and keeps delivering with a sort of controlled madness is why no other car with similar power can come close to this driving experience.

The engine shifts with ferocity and an audible burble between gears, but since the drivetrain’s electric motors fill in the gaps of power with chunky and instant torque, you don’t feel any loss of momentum at all. It’s more akin to something in the aerospace industry than anything with four wheels and gears. It gives you the distinct impression that if this car was given a long enough runway, it would hit 1,000 miles per hour.

From a standstill, that feeling is amplified tenfold.

Launching this car feels like you’re in a goddamn centrifuge. All of your more important and/or interesting organs want to come out of the back of the seat. Nothing else matters other than the road ahead of you. You get a slight hit of dopamine as your body goes into “shit may have hit the fan” mode, and the only thing you can pass for a spoken word response when this happens is “oh,” which is the sound your brain makes when it no longer has control over your speech patterns.

The i8 corners flat, and it’s a little more stiff than what would be considered comfortable, but minor inconveniences are immediately forgiven because you feel fucking alive in this tiny carbon cocoon. Everyone, and I mean everyone with a pulse needs to engage with this masterful machine at least once in their lives. No, it isn’t the same as your buddy’s Lancer Evo 8 with an FP Green turbo. Yes, it is better.

After climbing out of the overwhelm-a-tron that is the BMW i8, you may also notice that the tires on this car are two things: skinny and bald. This car could accelerate to speeds that would give Buzz Lightyear a tiny plastic boner on tires that are barely a size over something that you’d see on a Prius C, with nearly no tread on them. If there’s another more fitting definition for magic, I haven’t heard it.

However, there’s one aspect of this literally mind-boggling vehicle that overshadows any performance figures: It’s a car that truly unites people. It doesn’t just command the male car-loving horde that hound Lamborghini owners at each of their four daily fuel fill-ups, it attracts everyone—men, women, children, pets. It’s the DeLorean DMC-12 of the 21st century, with more performance and less drug money.

It’s the future of car design, and people have an almost magnetic knee-jerk reaction when they realize they’re seeing something special. Maybe it’s the fact that it takes off silently and roars into life with an engine with a displacement smaller than a bottle of Coke. Maybe it’s the fact that it gets better gas mileage than every hybrid ever made. Or maybe it’s just the car’s Tron looks that make taxi drivers and NYPD officers alike stop traffic to stare, take selfies, and engage in friendly and refreshing conversation.

Just as the aforementioned DeLorean did in the 80s, the BMW i8 gives people a sense of wide-eyed wonder and hope for the endless possibilities ahead of them. It gets regular people interested in what they’re driving in a way that no other exotic can, a point proven conclusively by the fact that as the BMW was parked on a road surrounding Grant’s Tomb on the Upper West Side of New York, Doug DeMuro’s immaculate bright red Ferrari 360 was parked four feet in front of it, and as far as the public’s attention was concerned, it might as well have been a malfunctioning washing machine put on the curb for scrap.

There are certain things in life that you just can’t refuse: Unlimited refills, free shipping, …

It was positively pedestrian, compared to the mesmerizing presence of the i8, and that’s no small feat.

The BMW i8 a glimpse into the future that not only we all deserve, but one that everyone wants. It’s a departure from the compromises of old, and introduces them to the what’s possible when you throw convention out the window and start from scratch.

Yes, there are technically faster cars out there, but this car is a leap forward in the otherwise baby-step supercar market. It has changed the game in nearly every way that matters, and I’m so thankful that I got to be a part of it.