The Bottom Line On Electric Cars: They’re Cheaper To Own – Forbes

The price of electric vehicles is coming down, but they still look expensive compared with many gasoline-powered cars. That comparison, though, is misleading. Once you figure in the cost of ownership, especially maintenance and fuel, electric vehicles are a bargain despite the up-front price tag.

Gas-powered automobiles require replacing parts that go bad over time. Electric vehicles are different because they do not need as many components to operate. For instance, electric motors only have one moving part while engines in traditional automobiles contain dozens. 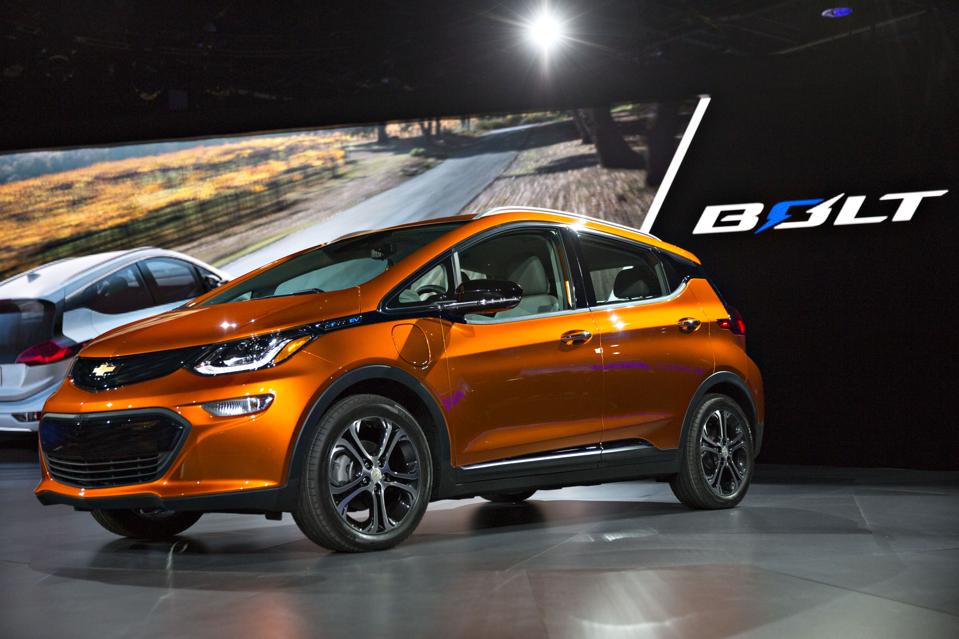 Parts that do not need to be replaced in electric vehicles, such as the Chevrolet Bolt in this picture, include fan belts and air filters.

In addition, regenerative braking could extend the life of brakes on electric cars. Since an electric motor is able to slow itself down, the use of brake pedals is reduced and brake pads and rotors last longer. Electric motors are also more efficient because they do not generate and waste as much heat as combustion engines that need tiny controlled explosions to operate.

However, not all car maintenance is eliminated with electric vehicles. Some required upkeep includes replacing windshield wipers, suspension and tire rotation. But routine maintenance will occur less frequently, meaning not as much time and money would be spent on sustainment.

Another cost associated with electric vehicles is a home charging unit. Â A charger that can provide 30 miles of range an hour costs about $600. Electric vehicle chargers can be purchased from common retailers such as Home Depot or Amazon.