The Chevrolet Bolt Is A Great Vehicle — Why Aren’t Chevy Dealers Pushing It? – Forbes

I can certainly understand the motivations that automakers have in trying to minimize the differences between traditional internal combustion engine vehicles and new electrified models. People are often averse to change, the canonical example being the introduction of new Coke. Yet over the course of the past two decades, we’ve seen dramatic shifts in society such as how we communicate in the 10 years since the debut of the Apple iPhone. Now is the time for automakers and their retail partners to change how they handle electrified vehicles like the Chevrolet Bolt.

Problematic naming aside, the Bolt EV is in many respects one of the best products General Motors has ever built. Whether or not it is a viable product yet from a business perspective is something only GM’s accountants can answer and they aren’t talking. However, from the perspective of the average automotive consumer, there is no doubt in my mind that this vehicle should be at or near the top of their shopping list.

After first driving the Bolt for several hours last January on Tesla’s home stomping grounds in Silicon Valley, I just had the opportunity to spend a full week with it. After slowly ramping up production and availability over the course of six months, the Bolt is now available to order from Chevrolet dealers in all 50 states. Therein lies part of the rub. Chevrolet currently has about 3,000 dealers in the U.S. but aside from some dealers in California and a few other locations, most seem pretty averse to selling plug-in vehicles. Sales people often don’t understand them and try to steer customers to other products that might have higher margins. If you are at all interested in buying a plug-in vehicle and particularly a Bolt and a sales person tries to steer you elsewhere, turn around and walk away. There are plenty of Chevrolet stores and one near you will probably be glad to help. Don’t waste your time.

Despite not being able to legally sells cars directly to consumers in many states, Tesla does have an advantage with its company-owned retail stores. The staff have no other products to push and they know what EVs are all about. When you go into a Tesla store, they may try to upsell you from a Model 3 to a higher margin Model X or S, but you’ll never drive out in anything that burns liquid fuel. 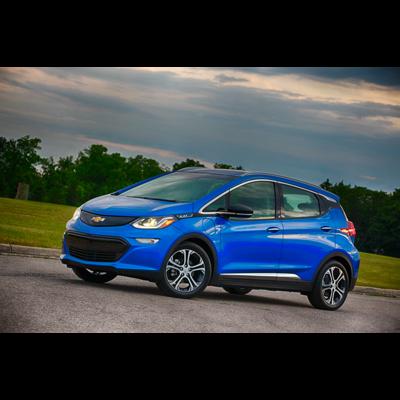 So why should you even be considering the Bolt when Tesla has just started building the Model 3? There are several reasons. First and foremost is the form factor. The Model 3 is a four-door sedan in an era when consumers are increasingly eschewing this body style. Personally, I wish more people would go for station wagons that have the dynamic qualities of a car with the added utility of a big opening and lots of space that can reconfigured to haul stuff.

Given the reality that Americans don’t want wagons but want SUVs and crossovers instead, what GM has provided in the Bolt is the next best thing. Chevrolet calls it a compact crossover; in reality it’s a tall hatchback, but who really cares. The Tesla is a sedan that while certainly sleek, will be much more limited in its ability to carry larger objects. If you have a young family, you should absolutely keep this in mind. In terms of total passenger volume, the two are expected to be nearly the same, with the Chevrolet having a slight edge. The Bolt however has the somewhat higher seating position that crossover buyers say they like, but it’s not so high as to be unwieldy when strapping in youngsters but the large portals give easy access.