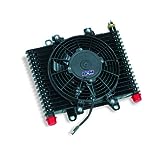 Mark Frohmayer loves to drive. But he’s never quite been able to square that passion with his environmental concerns. He just found the idea of using a gas-powered, two-ton contraption to carry a single person a few miles each day absurd. Eight years ago—before the Tesla Roadster hit the market—he decided what he needed was a small electric car that could reliably carry him around his hometown of Eugene, Oregon and was fun to drive. He couldn’t find one, so he decided to design his own.

The strange thing to Frohmayer was that all the technology for building a practical, cheap, and safe electric vehicle were available. But no one had put all of the pieces together, despite the fact the potential market for such a product was huge, given the surging demand for cars in emerging markets like India and China. With Tesla focusing on the luxury market, he saw a big need for an affordable electric vehicle.

It turned out, of course, that that was easier said than done. Over the past eight years Frohnmayer’s startup Arcimoto has shown off several quirky three-wheeled prototypes—Firefly star Nathan Fillion famously pre-ordered one in 2010 and talked it up on Conan a couple years ago. But the team struggled to hit on the perfect design that would enable them to bring the vehicle to the mass market. Now, eight years later, Frohmayer and company have finally prototyped a “car” that he believes meets all his criteria and will sell for less than $12,000. The key to creating something that was cheap, efficient and comfortable, it turned out, was ditching the steering wheel.

The result of those efforts is the SRK, a two-seat, three-wheeled electric vehicle that looks like the spawn of a golf cart and an ATV. The company plans to begin selling it in late 2016 or early 2017. It’s officially classed as a motorcycle, which means it doesn’t have to meet the same rigorous safety standards as a four-wheeled car. But unlike a motorcycle with only two wheels, you don’t need to learn anything new to drive it (though you might need a motorcycle license in some states). It also has a protective shell, and, for an additional fee, it can be upgraded to a fully enclosed model. The prototype’s 12 kilowatt lithium ion battery has a range of about 70 miles, and can hit speeds of at least 85 miles per hour. And it can hit them fast: it can go from zero to 60 miles per hour in only 7.5 seconds. It’s only 105 inches long, which means you can park it like a motorcycle, but it’s tall enough for Frohnmayer, who stands 6-feet-4-inches tall to sit in it comfortably.

You won’t be able to use for family vacations or hauling lumber, but it should do just fine at commuting to work, picking up groceries, delivering pizzas, or just giving a friend a lift. For urban drivers—especially those in the dense, growing of India and China—it can cover a lot of what you’d need to do. And, yes, it’s a heck of a lot of fun to drive.

Of course the scrapyard of history is littered with the burnt out husks of failed electric car companies, and three-wheeled vehicles have a particularly bad record. But Tesla Motors co-founder Marc Tarpenning, an informal advisor to Arcimoto, says that Frohnmayer and his team’s sense of design sets them apart from the pack.

“I get an almost endless stream of people wanting to talk about their latest thing,” he says. “I have seen a whole bunch of these three-wheel electric vehicles, but this happens to be the most clever version.”

Before starting Arcimoto, Frohnmayer’s only experience in the automotive industry were a couple of summer internships at General Motors while studying computer science and electrical engineering at the University of California, Berkeley. He also spent some time interning for an electronics company in Indianapolis but decided large engineering teams weren’t for him.

‘I have seen a whole bunch of these three-wheel electric vehicles, but this happens to be the most clever version.’ Tesla Co-Founder Marc Tarpenning

After graduation, he moved home to Eugene and landed a job at the video game company Dynamix before co-founding GarageGames in 2000. The team sold the company in 2007, and he started Archimoto with his cut of the sale.

Fortunately, Frohmayer, who now commutes to work on a OneWheel electric skateboard, doesn’t have to go it alone. While Oregon might not sound like a great place to start a car company, but it has been home to just enough automakers—such as Freightliner Trucks and RV company Country Couch—that he had a pool of qualified engineers and industrial designers Frohnmayer could tap to help turn his vision into real, drivable prototypes.

Where Tesla has focused on adding everything a driver could possibly want, Arcimoto has worked to subtract everything that isn’t absolutely essential. The trick is determining just what is absolutely necessary and what isn’t. And for that, the team has turned to extensive market research.

The original SRK design was too minimal. It would only carry one person and had no protection from bad weather. According to Arcimoto’s consumer research, the minimum requirements for a personal vehicle are a range of at least 60 miles, protection from the elements, at least two seats and enough oomph to drive on the highway. If the price is right, people are willing to give up stereos, cup holders, air conditioning, and giant touchscreen displays. That price, it turns out, is $12,000.

One of the first issues the team had to solve in the early days was safety. To keep costs down, the SRK would have to be a three-wheeler. Although Frohnmayer says that proposed legislation to increase regulation on three wheel vehicles wouldn’t apply to the SRK, the company still needs to ensure that its vehicles are safe—especially given the lousy reputation of vehicles with three wheels.

To deal with this, Arcimoto centered the battery and drivetrain at the bottom of the vehicle, much as Tesla Motors has done with the Model S. Of course, the final versions of the SRK will have to go through rigorous testing to verify their safety, but Tarpenning says most of this can be modeled in advance. “It’s all about where you put the center of mass,” he says. “If you put in the right place and get the balance right it’s going to be real stable.”

Few companies have been able to pack even that meager feature list into a vehicle for that price. The Zero electric motorcycle doesn’t provide protection from the elements. Toyota i-Road only seats one person. The Daimler Smart Electric costs over $20,000. At $8,000, the four-door Renault Twizy is a contender, but so far it’s only for sale available in Europe or as an hourly rental in San Francisco (and the US version’s speed is capped at 25 miles per hour).1

It took seven years for Arcimoto to develop a prototype that included all of what it wanted. Even then, Frohnmayer was unhappy with the results. The SRK was still a bit bigger than the team had hoped. It was also uncomfortable to get in and out of, and passengers had to awkwardly straddle the driver. Then one rainy day last December, Frohnmayer had an idea. What if they replaced the steering wheel with handlebars like the ones found on motorcycles and scooters? He did some mockups and realized it would save a ton of space. So he went into the workshop the next day and suggested the team start all over again with a new handlebar-based design.

At first the team thought he was crazy, says lead mechanical designer Jim Jordan. But his mind changed when he started running the numbers. Switching to the handlebar design would enable passengers to sit upright, slim the vehicle down by 500 pounds, and shave 20 inches off the length, enabling it to be parked like a motorcycle—all without reducing the power of the engine. The simplicity could also have a major impact on manufacturing the SRK. While Tesla has been plagued by delays due to its incredibly complex supply chain, Frohnmayer says the SRK will have only around 1,000 parts, which will make it far easier to build.

But even at $12,000, the Arcimoto may be too expensive, warns Sam Abuelsamid, a senior research analyst specializing in the automotive industry at Navigant Research. After all, you can buy a Mitsubishi i-MiEV for about $15,495 after incentives (as of now, the 10 percent federal tax credit for electric motorcycles has expired). That extra few thousand dollars will buy you two more seats, an extra wheel, and the peace of mind that comes with knowing that your vehicle meets the more rigid safety standards set for four-wheeled vehicles—not to mention a vehicle engineered and built by an established automaker. If Renault takes the Twizy worldwide, it could be a solid competitor to Arcimoto, assuming the legal hurdles are cleared. Meanwhile, China is producing its own patch of homegrown electric vehicles. And though Abuelsamid thinks it could find a niche in the US, he worries it’s simply too expensive for developing markets. “If you look at a market like China, India or South America, the up-and-coming customers, those markets are full of people who still get around on scooters,” Abuelsamid says. “But if you’re going after that customer, $13,000 might be too high a price.”

Frohnmayer and company are already thinking about a new, lower cost version of the SRK for emerging markets. Thanks to the handlebar breakthrough, Frohnmayer thinks it might be possible to create a new, less expensive version based on cheaper lead batteries now that the overall weight and size have been reduced. But based on the company’s research, he and his investors are convinced that $12,000 is the sweet spot in the US. And Frohnmayer says the company will compete on more than just price. The SRK’s tiny footprint will make it more energy efficient than full-sized electric cars like the i-MiEV, which could be a big selling point.

The purchase of a car or motorcycle isn’t a purely rational concern. There’s always an emotional component at play. The SRK may live or die based on the very first requirement that Frohmayer set for the vehicle back in 2007: whether people think it’s fun to drive. Personally, I had a blast driving it around Eugene last summer. Its small size and open nature make driving even just 30 miles an hour feel like you’re flying. You might find it boring if you’re used to riding a motorcyle, but for those of us who spend most of our drive time behind the wheel of a station wagon, the SRK is liberating. But is it fun enough to win over the masses? That’s the part of the company’s the business model that’s impossible to quantify.

1 Correction 10/18/2015 at 10:00 AM ET: An earlier version of this story said that the Renault Twizy was not available in North America. It’s been updated with information that the Twizy is now available as an hourly rental in San Francisco.