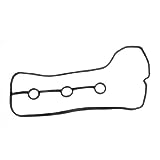 Posted: Tuesday, December 16, 2014
On Sunday, media outlets received letters from famed attorney David Boies, representing Sony Pictures Entertainment, urging them to destroy or ignore the trove of hacked documents and e-mails from the hacking attack on the studio.

While his letter certainly may have given news organizations pause over what to do with the fountain of information coming their way, to actually hold the media legally liable for publishing information they have obtained looks to be a longshot.

In 2001, the Supreme Court, in a 6-3 decision, ruled in favor of a radio station that broadcast an illegally intercepted cell phone conversation between labor officials over teacher salaries. Justice John Paul Stevens wrote that the First Amendment protected the broadcast of such issues of “public concern.”

So would the Sony e-mails be of “public concern”?

Eugene Volokh, professor at the UCLA School of Law and author of the Volokh Conspiracy blog at the Washington Post, says that even though Boies didn’t define what a “public concern” is, he sees some latitude for the media in this case because it involves a major corporation. He wrote on this issue Monday in a blog post.

“Sony is a very big important business,” he says. “What it does has significance to the country economically. It is also significant culturally.”

He adds, “As a result, communications from business people to other business people are things likely to be seen as a matter of public concern.” Even emails about Angelina Jolie would be of “public concern,” he argues, because she is not only a celebrity but a businesswoman with a cultural impact.

The case for the media is bolstered by another case, he notes. That is a 1969 D.C. Circuit decision that sided with the media in publishing articles based on documents stolen from the office of then Sen. Thomas Dodd (D-Conn.). Dodd sued, claiming invasion of privacy and “conversion,” or the use of stolen property, but the court rejected that claim. (Dodd was the father of Christopher Dodd, the former senator and current chairman of the MPAA).

“When information is a matter of public concern, the court held, the fact that it was illegally leaked doesn’t make publishing it an invasion of privacy,” Volokh wrote on his blog.

Where media outlets could be held liable is if they publish such things as emails that disclose an individual’s personal health information or Social Security numbers, or emails between mid-level employees gossiping about private information, Volokh notes. But most media outlets wouldn’t be interested in such details anyway, he suggests.

Emails also are protected by copyright, and media outlets also could be held liable for infringement. But many publications have quoted excerpts of emails that are fair use or the “lawful use of facts,” he says. A much harder case for the media to make would be if it published major portions of the script to the next James Bond movie, “SPECTRE.”

While the media may be on a solid legal footing, that isn’t to say that outlets are free from debate over the ethical or moral issues involved in publishing. With Aaron Sorkin and likely others weighing in, that debate is likely to continue for a long, long time.