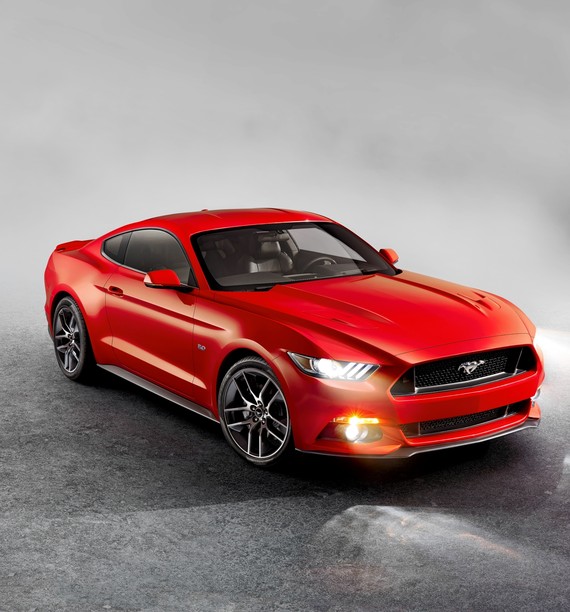 IT WASN’T SUPPOSED to be this way. Tighter carbon-emission standards around the world and higher fuel-economy rules in the U.S. were to mean the end of muscle cars, or at least affordable ones. But, pleasant surprise, cars have actually gotten stronger, quicker, faster. Overall, performance is cheaper, more efficient and reliable than ever. It’s the Golden Age of Horsepower, and the horses are eating diet hay.

Do you like acceleration, Johnny? Dodge will sell you a Challenger SRT Hellcat with 707 hp and an eight-speed transmission, a car that will lay down 11-second quarter-mile passes until they turn the track’s floodlights off. A roaring Mopar fever dream. Chevrolet purveys a 580-hp Camaro ZL1 with Recaro seats, six-speed manual and a clutch, offering a top speed of 184 mph. Some exotic European brands are selling “megawatt” cars, with engine outputs of more than 1,341 hp.

A Brief History of the Pony

A look at the Ford Mustang over the last half century 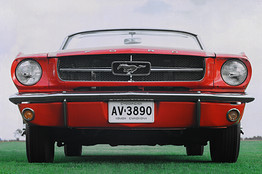 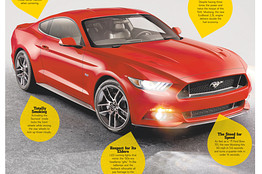 All of these cars and engines have one thing in common: forced induction. Instead of breathing at atmospheric pressure like the rest of us, these engines are force-fed air through spooling, high-velocity turbines, either turbochargers or superchargers. Combustion-wise, the effect is like turning a leaf blower on a bonfire.

From Ford to Ferrari, Audi to Volvo, auto makers are being obliged to move to smaller, forced-induction engines to make power while still lowering emissions. As they do, the character, the sinew, even the sound of performance is changing. And nowhere is the effect more striking than in the Ford Mustang, with its 2.3-liter EcoBoost engine. It’s kind of the New Fast.

A latte salute might be in order. The 2015 model represents the sixth generation of Dearborn’s beloved Pony Car and marks the 50th anniversary of America’s budget-style champion (for reference, the base price of an EcoBoost Fastback, $25,170, is a little more than tenfold the face value of what a 1965 Fastback sold for). On a good year Ford will sell 80,000 to 90,000 coupes and convertibles, with 4-, 6-, and 8-cylinder engines, and final assembly in Flat Rock, Mich. The Mustang is bedrock American car culture, from East L.A. to the flatlands of Minnesota.

Ford will export the cars to the demanding European market, and for once, the Mustang is a thoroughly modern automobile. The latest iteration is at last fitted with an independent rear suspension, which Mustang engineers resisted, in favor of a tough, simple live axle design that was good for drag racing (and cheaper, too).

While the Mustang is available with a choice of three engines—including the base 300-hp V6 and a big-brute 435-hp V8—the engine Ford would most like you to take seriously is the thrifty “EcoBoost,” a turbocharged 4 cylinder displacing a mere 2.3 liters, less than half the size of the V8.

A four-banger in a muscle car? Well, a state-of-the-art four-banger—all aluminum, boosted to the stars (18 psi), hugely torquey, with specific power of 135 hp per liter. But still.

This might be a communications challenge. The muscle-car audience is, by its nature, not impressed with nuance. The optics of switching from eight cylinders to four are not intuitive, not quite fully American.

To be clear, in the 50-year history of Mustang, Ford made millions of 4-cylinder Mustangs, starting with the Mustang II redesign of 1974. There was even a brief, interesting experiment with hi-po turbo fours in the 1980s. But for the most part four-cylinder Mustangs were fairly lame ponies, ultimately sold into rental fleet servitude. The EcoBoost is offered as the smart budget-performance option, and it has numbers to back it up: 310 hp and 320 pound-feet of torque.

Is that a lot? Historically, it’s huge. Let’s flip open the Big Book of Mustang History and put our finger on… Here we go: The 1971 Boss 351’s “Cleveland” four-barrel V8 put out 330 All-American horsepower, 370 pound-feet of torque, and all the hydrocarbons you could choke on (visual aid: the “Eleanor” in Hollywood’s original 1974 “Gone in 60 Seconds” was a ‘71 SportsRoof, though not a Boss 351). 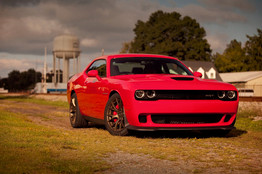 This was one of the era’s last monster motors, a piston-powered rock god, a hand-built high-comp 5.7-liter V8 with a big Holley carb, solid-lifter cam, Magnafluxed heads, the works. A four-speed Hurst shifter and 3.91:1 Traction-Lok rear end helped put the Boss 351’s power to the ground in respectable fashion: 0-60 mph in 5.6 seconds and a quarter-mile elapsed-time of 13.9 seconds. All in all, a ground-shaking, tire-baking bit of American mechanical culture, that made an impression on millions.

The gas-sipping Mustang EcoBoost is exactly as quick as beastly Boss 351, within the same 0-60 mph and the quarter-mile times, but using half the number of cylinders and delivering roughly three times the fuel economy (21/32/25 mpg, city/ highway/ combined). This despite the fact that the new Mustang is obliged to carry hundreds of pounds more air bags, computers, catalytic converters and crash structures than the Boss 351 (total=0).

The EcoBoost is really the grass-roots motor-sports choice: It weighs 181 pounds less than the V-8 GT, and most of that weight loss is in the front of the car, improving the weight distribution and handling. Turbo’s are also easily hacked for more power. (Car guys care about such things).

If you’re comparing the new car with icons of the 1960s, all things are not equal, of course. Modern cars are usually quite a bit heavier. But everything else on a modern car is infinitely better: steering, breaking, chassis control. The new Mustang EcoBoost, shod with 19-inch summer radials as part of the performance package, pulls .96g in lateral acceleration, a figure that would have been unthinkable on bias-ply or early radial tires. Braking? Get a load of the Brembos.

Another quality of the New Fast: accessibility. Want to go drag racing? Among the Mustang’s computer-aided features (on the GT) is “Line Lock,” which allows drivers to easily lock the front wheels and spin up the rear tires to generate clouds of tire smoke. It also works in church parking lots.

If you don’t have the time, or tires, to perfect your hole shot down at the drag strip, the Launch Control feature will be happy to execute one for you.

Conclusion: The New Fast is way better than the Old Fast, by the clock, the dyno and the digital numbers at the gas pump. For that you can tip the cap to Ford’s multitude of engineers and designers around the world, trying to keep their jobs.

Alas, nothing comes free. Thanks to turbocharging, the New Fast doesn’t sound quite as satisfying as the Old Fast. Soon to be heard only in collective memory—or at Mustang rallies—is the percussive cadence of a free-breathing V8 at idle, the cold chirr of valve ware, the masculine howl at redline.

In the thermodynamics, these sounds represent the extravagance of lost energy. Turbochargers capture that energy but smother the wondrous, primal sound.

As for the Mustang, you can’t help but admire the symmetry. Fifty years ago it was launched as an affordable, sporty compact with great style and good mileage. The machine is radically different, but the pony is still alive and kicking.