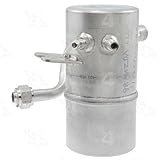 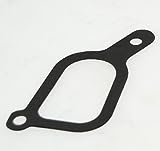 The show opened to the press on Thursday under gray skies and heavy security, though there was still plenty of glitzy kitsch. High-end sports cars rotated slowly on meticulously lit platforms; men in pointy-toed shoes ferried croissants and espressos to visibly jet-lagged attendees; and incessant basslines echoed throughout the maze of convention halls spread along the southern edge of Paris. At just about every exhibit, women in cocktail dresses smiled impassively at passersby as they stood next to shiny new cars — a slightly more understated (yet equally sexist) take on the “booth babe” phenomenon that continues to pervade major tech events.

As far as the actual cars go, EVs and hybrids are certainly the main attraction. VW, eager to move on from the diesel emissions scandal, unveiled a battery-powered I.D. concept car that it likens to its iconic Beetle. Mercedes showed off its own electric concept — the Generation EQ SUV — that can last for as long as 500km (310 miles) on a single charge. Even French companies like Renault, which has long been a juggernaut of diesel manufacturing, gave top billing to its new Zoe EV, which can travel as far as 400km (250 miles) on a single charge.

“For us, it’s an inflection point,” says Céline Farissier, a press representative for Renault. “It’s been planned for a long time, it’s a long-term strategy, and we can see the same thing from our competitors.”

The shift away from diesel has been particularly pronounced in France, where diesel accounts for around 80 percent of all passenger cars. In 2014, French Prime Minister Manuel Valls announced plans to “progressively” phase out diesels, describing government tax incentives to support them as “a mistake.” Similar tax incentives across Europe remain in place, though a recent study from the European Commission showed that diesel-fueled cars release far more nitrogen oxide, a greenhouse gas, on the road than during laboratory tests.

In Paris, the transition could be even more drastic. All cars registered before 1997 have been banned in the city, under a measure that went into effect in July and which is primarily aimed at older diesels. Socialist Mayor Anne Hidalgo has also pushed for Paris to create more pedestrian zones along the Seine River and at major traffic circles, as part of a campaign to reduce smog and congestion. The campaign has come under criticism from those who say it will intensify congestion at other areas in the city, and opponents of the old-car ban say it will disproportionately affect poorer residents, but Hidalgo continues to move forward. This week, a plan to transform one of the banks along the Seine from a major thoroughfare to a pedestrian zone was narrowly approved by City Hall.

All signs point toward a cleaner, less diesel-fueled future for Paris and other cities across Europe. But the automakers camped out at the Porte de Versailles for the next 16 days say they’re ready for the transition.

“I’m totally convinced that fully electric cars are the only alternative for the future,” Jens says. “The question is when.”

Correction: An earlier version of this article incorrectly said that Audi did not attend this year’s Paris Motor Show. Audi did attend, but Bentley did not.