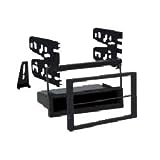 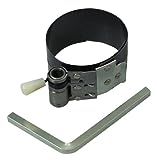 The world’s biggest sovereign wealth fund criticized Volkswagen AG’s ownership structure, saying it concentrates too much power with the Porsche-Piech family and puts minority shareholders at a disadvantage amid the carmaker’s emissions crisis.

“I don’t think the family wants to change anything about the structure,” Slyngstad was quoted as saying. “We don’t have the impression they want to listen to other Volkswagen shareholders’ concerns.”

Norway’s $810 billion fund, which holds a 1.2 percent stake in Volkswagen, takes ethical rules on human rights, some weapons production, the environment and tobacco into account when it makes investment decisions. It previously criticized Volkswagen’s shareholder structure in 2009, after the VW-Porsche takeover battle.

A call for comment to Norges Bank Investment Management outside of normal business hours wasn’t answered. Eric Felber, a spokesman for Volkwagen, declined to comment on the report.

The German carmaker is seeking to restore its reputation after revelations it cheated to meet emissions regulations. On Friday, the company took the unusual step of delaying the publication of its annual results and pushed back its shareholders’ meeting. The delay is a further admission that Volkswagen doesn’t yet know the full financial fallout from the scandal.

The company has already revised its earnings targets and set aside 6.7 billion euros ($7.5 billion) to cover the cost of repairs for about 11 million vehicles around the world. Still uncertain is how to meet tough pollution regulations in the U.S., where authorities rejected Volkswagen’s first proposal earlier this year.