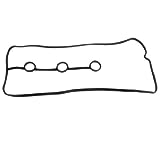 $11.75
Home › Blog › Autos › This Obscure Anime Predicted So Much About The Future Of Cars – Jalopnik

Imagine a future full of electric cars where everyone’s a passenger. Where traffic is not only managed but controlled by a digital network. Where on-demand ride-sharing services have become the norm, and the only human drivers are emergency crews behind the wheel of super-fast vintage “antiques” tasked with taking down AI cars that have gone haywire.

Some of that sounds like the vision of today’s automakers, city planners, tech visionaries and the like, who all salivate at the thought of removing the human element from our roadways as much as possible. Recent developments in driverless technology are surprisingly close to the vision of autonomy portrayed in Kōsuke Fujishima’s 2000 Japanese anime series éX-Driver, which has even more to say about what could become our future in transportation.

éX-Driver follows the adventures of Lisa, Lorna, and their new teammate Sōichi as they wrangle autonomous vehicles that have run amok. These out-of-control “AI cars” endanger not only the helpless passengers inside, but other road users as well. Not looking forward to “autonomobiles”? This could be the perfect gig for you.

The series is short, spanning only six episodes and some specials, yet it invests a surprising amount of detail in its autonomous technology—as well as the old sports cars that the éX-drivers use to pursue runaways.

éX-Driver is hardly what any critic would consider classic anime. It will never be mentioned in the same breath as Akira, Ghost in the Shell, or even one of the better Gundam incarnations.

But éX-Driver debuted long before modern autonomous tech, and therein lies one of its greatest strengths. Other science-fiction stories have thus failed to reach such a believable and realistic vision of the future of driving.

How Science Fiction Failed Us: The Real Future Of Autonomous Cars


How Science Fiction Failed Us: The Real Future Of Autonomous Cars


How Science Fiction Failed Us: The Real Future Of…

Elon Musk believes in it. So does Uber’s Travis Kalanick. The Autonomotive Singularity is…

In 22nd century Tokyo, most if not all private and commercial roadway transportation is handled by autonomous cars of all shapes and sizes. Episode 1’s first few minutes showcase the user experience for renting a quick ride in the city, using the “Auto Transport System”:

Located on the sidewalk is an ATM-like terminal. After inserting a payment card, the customer is asked to choose from a touchscreen menu of available vehicle types: sedan, wagon, van, or 4WD.

Within moments, the selected vehicle soon arrives and pulls over to accept passengers. Once seated, the user selects a destination on the infotainment/GPS screen via voice command. (And just like the today’s app-filled cars, it can even handle restaurant reservations.) The car’s exterior “in-operation” indicator lamp glows blue, and the car signals before joining traffic flow.

At the end of each trip, some models even open and close the door automatically for the passengers. If the car has arrived at a spot equipped with a charger, a robotic arm extends over to the car’s charging port, similar to Tesla’s snake charger. (They were really onto something, weren’t they?)

But not all AI cars are part of this ride-sharing program. Some owners even modify their cars, indicating that car culture is still alive. These mods range from harmless aesthetics to illegal “emergency boosters.”

On the show, all AI cars are equipped with basic driverless hardware. Sensors -sensor arrays, most likely- are placed at each of the car’s four corners, providing real-time driving environment data to the onboard computer. Though referred to as “road surface sensors”, they are shown to be capable of proximity detection as well. A communication mast on the car’s roof provides GPS functionality and keeps the car in constant communication with local infrastructure.

(Direct linking between cars does not appear to be a function of this mast, as the exterior sensors seem to handle all car-to-car interaction.)

AI cars receive signals from multiple roadside sources, including VMS boards, camera posts, and even streetlights. This allows tolls to be instantly applied when passing certain checkpoints, as the car’s infotainment screen alerts the user of the charge.

This communication system is useful for emergencies, too. In the event of an emergency, cars in the target area are automatically summoned to the roadside to clear the way. When this override occurs, the blue indicator lamp turns yellow. As traffic flow is restored, the lamp turns blue again as the car resumes normal operation.

Inside the car, there’s not much out of the ordinary, except for the absence of a steering wheel. We are never shown the footwell area, but it’s reasonable to assume that there are no pedals either.

Curiously, passengers in AI cars are never shown with seatbelts, except for one instance with a baby fastened in a car seat. This seems to suggest that (despite the show’s choppy animation) these cars are calibrated to generate very low g-forces during acceleration, deceleration, and cornering maneuvers, or that their safety features have evolved beyond the need for seat belts.

Thanks to these AI cars, traffic jams are greatly reduced. But sometimes a glitch causes a car to run AWOL. Its indicator lamp glows red as it locks the occupants inside and speeds through the streets, driving recklessly.

This activates other cars’ safety override feature, forcing them to pull over. Not only does this make things inconvenient for commuters, but it endangers those who rely on this system for basic needs (such as food delivery) in this futuristic society.

It is unclear what causes glitches in AI cars. Complex machines are subject to hardware and software failures. Some failure modes cause the car to speed through without inflicting harm, while others allow it to make aggressive contact with other vehicles. Some failures involve a navigation problem, and the car’s destination becomes unpredictable. Certain aftermarket modifications are shown to interfere with autonomous operation. Even an illegal “emergency boost” speed mod can trigger a runaway condition.

Fortunately, such problems are usually limited to one car at a time, and we never see a city-wide outbreak.

Where the éX-Drivers Come In

When a runaway is detected, the city police send a message to éX-Driver command, who dispatches a team to wrangle the car. As command watches the unfolding events from a “mission control” room, these drivers pilot old “recipro-cars”: antique sports cars that have been modified as needed with roll-cages and racing harnesses.

The “éX-drivers” themselves are specially-trained emergency workers, who maintain what has become a lost art in the 22nd century: manual driving.

In fact, manually-operated cars are no longer even produced, so they are left with no choice but to drive what could be considered museum pieces. This is a necessity, because to intercept a runaway AI car, one must use an independent vehicle that does not rely on autonomous technology.

Of course, if you’re going to take down a robo-car, why not do it with a little style?. The éX-Driver fleet seen on the show includes a Lotus Europa, a Caterham Seven, a Subaru Impreza 22B, and much more in the other specials. Clearly, the creators had good taste, in addition to being so forward-thinking about autonomy.

Standard procedure for intercepting and stopping a runaway AI car starts with a high-speed chase. Uninvolved vehicles automatically pull over to allow the runaway and the éX-drivers to pass through. Once the runaway car is within range, a small puck called a “S-mine” is tossed onto its hood, which releases a substance to foul the car’s wireless communications so that it can no longer receive errant signals nor rely on GPS for navigation.

Next, the sensors must be taken out. This can be done by approaching the vehicle and physically smashing the sensors, or by firing a gooey substance to cloud them from a distance. Without input from the GPS or onboard sensors, the car’s emergency stop is finally activated, deploying airbags to protect the passengers.

(In some cases, the runaway can be herded, using multiple éX-driven recipro-cars to surround the vehicle and persuade it to come to a stop. But this practice is sometimes avoided due to the unpredictable nature of the AI car.)

Not only is éX-Driver a good reminder that there will always be a need for human-operated driving, but it also serves as a kind of cautionary tale for the development of autonomous technology. Without a human driver watching the road at all times or even having the ability to make corrections, driverless technology has to be all-or-nothing.

Should a 100 percent autonomous car be able to keep moving when one sensor fails? Should it be able to decide that one within-parameters line of input is all the verification it needs to proceed safely? Or should it accept defeat and initiate an emergency stop at the first sign of tech trouble, similar to the way Tesla’s Autopilot feature “runs home to momma”, asking the driver to take control?

Autonomous technology raises more questions than answers. But the reason we don’t have Level 4 autonomous cars (ones fully capable of driving without human intervention) on sale yet is because automakers are working to resolve those questions.

After all, autonomobiles will finally bring driving ability under the scrutiny it deserves. Passing a one-time driving test and coming back for periodic vision tests isn’t going to cut it this time. (Can you imagine if everybody’s driving ability was subject to some kind of “lemon law” instead of just dishing out fines?)

Like any work of sci-fi, éX-Driver didn’t get everything right. But if nothing else, the show’s vision of the future may give autonomous naysayers something to look forward to.

If Google’s driverless koala car just isn’t your thing, bringing one down from the seat of a vintage Lotus might be enough to satisfy your needs.

​Elon Musk Thinks Drivers Could Be Outlawed In The Future


​Elon Musk Thinks Drivers Could Be Outlawed In The Future


​Elon Musk Thinks Drivers Could Be Outlawed In…