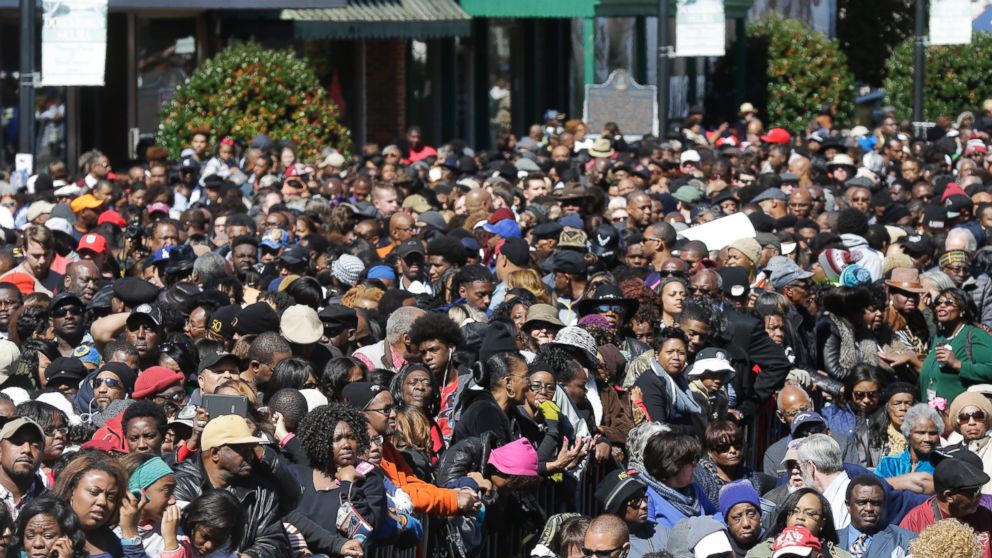 Thousands of people gathered in Selma, Alabama on Saturday morning ahead of a speech by President Barack Obama at the 50th anniversary of a landmark event of the civil rights movement.

Obama, first lady Michelle Obama and about 100 members of Congress are converging on the town of roughly 20,000 to commemorate “Bloody Sunday,” the day in 1965 when police attacked marchers demonstrating for voting rights.

The violence preceded the Selma-to-Montgomery march, which occurred two weeks later. Both helped build momentum for congressional approval of the Voting Rights Act later that year.

Dozens of charter buses from across the country and thousands of people poured into the west Alabama town hours before Obama’s speech. It was a festive atmosphere with vendors selling souvenirs commemorating the violent confrontation. 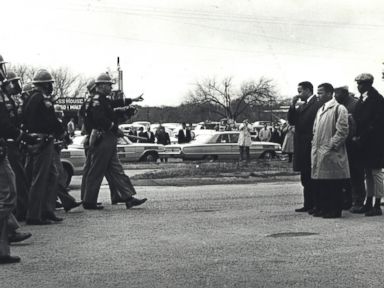 Madeline McCloud of Gainesville, Florida, traveled overnight with a group of NAACP members from central Florida to get to Selma for the day. McCloud said she’s both honoring the past and teaching young people about the importance of protecting civil rights.

“I marched with Dr. King in Albany, Georgia,” she said. “For me this could be the end of the journey since I’m 72. I’m stepping back into the history we made.”

McCloud traveled with Dennet Sails, who at 40 is trying to teach young blacks about what it took to gain equal rights.

“I want to make sure I understand the past so I can plan the future,” said Sails, of Tampa, Florida.

Former President George W. Bush also plans to attend. The congressional delegation will include U.S. Rep. John Lewis of Georgia, an Alabama native who was among the marchers seriously injured in the violence 50 years ago. Congressional Republican leaders were to be absent from the event, but House Speaker John Boehner of Ohio released a statement.

“Today, 50 years after the Selma to Montgomery marches began, the House honors the brave foot soldiers who risked their lives to secure the blessings of liberty for all Americans,” he said.

More events are planned for Sunday, with civil rights veterans leading a symbolic walk across the Edmund Pettus Bridge. Police beat and tear-gassed marchers at the foot of the bridge on March 7, 1965 in an ugly spasm of violence that shocked the nation.

The city’s population has declined by about 40 percent to 20,000 in the last 50 years and Dallas County’s unemployment rate is nearly double the state average. Public schools in Selma are nearly all black; most whites go to private schools.

Alabama Gov. Robert Bentley was on hand for the anniversary said he hoped it could help the state erase ugly images and heal wounds dating back generations.

“Alabama has been behind the curve for not just 50 years, but 150 years,” Bentley said in an interview. “We are just now starting to get out from under the stigma.”

Bentley was a first-year medical student during the Selma debacle in 1965, but he was a student at the University of Alabama and witnessed then-Gov. George C. Wallace’s “stand in the schoolhouse door” to prevent racial integration in 1963.