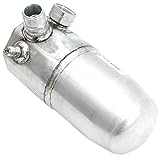 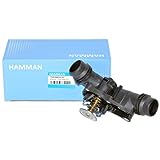 Today’s Cars Are Parked 95% of the Time – Fortune

Reports of the death of car-buying among millennials turn out to have been greatly exaggerated. But there’s one big reason ride-hailing services like Uber, and eventually autonomous vehicles, are still a threat to private car ownership.

Put simply, we just don’t use our cars very much.

Transportation adviser Paul Barter has confirmed longstanding claims by urban planners that, on average, cars are parked 95% of the time. Barter tries three different approaches, first using data on the number of car trips and their average time, then survey results about the time we spend driving, and finally extrapolates from reports on the distance and speeds cars travel.

Each time, he arrives at 5% or less as the amount of time cars are actually in use.

Barter, like other urban planners, is most concerned with the strain that storing all those barely-used cars makes on cities. The shift away from mass car ownership, he says, would result in “huge parking space savings,” helping make cities denser, more efficient, and more liveable.

What Barter doesn’t point out is that not just the storage space, but the cars themselves, are being wasted under the current system. Sharing vehicles, either through existing services like Zipcar or Uber, or, eventually, through automated vehicles that could be summoned as needed, would lead to significantly lower overall spending on cars. That’s because while increased wear would of course give each car a shorter lifespan, a lot of vehicle wear, such as corrosion, actually takes place when a car is sitting still.

For more on the future of transportation, watch our video:

So even if the auto industry has recovered a bit from its post-recession nightmare of a generation of transit-loving, bike-riding hipsters, the future will probably include a big shift in spending away from the big hunks of steel that, mostly, just sit in the driveway.