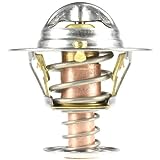 Take the average electric vehicle on the road—not the expensive Tesla models that start at $70,000 but the more affordable Nissan Leafs and Ford Focuses, which are both under $30,000. Those cars, even with their limited ranges and charging requirements, could be used for 87 percent of the trips taken by gasoline-powered cars traveling U.S. highways today.

These findings come in a new study by the Massachusetts Institute of Technology published in the journal Nature Energy. Its authors found that if U.S. drivers made the switch to E.V.s today, it would lead to a 60 percent drop in total U.S. gas consumption and a 30 percent reduction in carbon emissions from the transportation sector—a segment responsible for releasing 1.8 billion metric tons of greenhouse gas into the atmosphere each year.

Jessika Trancik, the study’s coauthor and a professor of energy studies at MIT, spent four years deciphering massive quantities of GPS data and survey results on driving habits to answer a specific question: On an average day, how many of the cars traveling across America’s highways could be replaced with an electric vehicle and still meet the drivers’ needs?

The answer turned out to be almost all of them.

“We hope that the number we came out with can inform the policy discussion on climate change,” Trancik said. “That affordable electric cars, available on the market today, and only charging them once at night, can help us meet the near-term targets of cutting U.S. climate pollution by roughly 30 percent by 2025.”

RELATED: Is This the Electric Car You’ve Been Waiting For?

Trancik said to get even deeper emissions reductions in the transportation sector, the electric grid that E.V.s plug into to charge up must shift their power sources from fossil fuel–burning stations to renewable-based solar, wind, and battery farms. So as states such as California, Hawaii, and New York push toward shifting their energy generation to more renewable sources, the electricity on the grid powering our E.V.s will be cleaner at the source.

Is This the Electric Car You’ve Been Waiting For?

Still, “range anxiety” remains a real hurdle to getting consumers into electric cars. Only 0.7 percent of all vehicles on U.S. roads today are fully electric, and annual sales of plug-in electric cars dropped from 2014 to 2015. People worry about those few days a year when a small or midsize sedan with a 100-mile range won’t cut it: moving day, a weekend road trip, or heading out to remote locations where power sources might not be accessible.

“You buy a pickup truck even though most days you’re not loading it full of stuff. You buy it because you have to move some things a few days a year,” Jeremy Michalek, an engineering professor at Carnegie Mellon University who wasn’t involved in the study, told Bloomberg News.

While the new study should alleviate some concerns over range anxiety, Trancik is working on another tool to help people worry less about those few days a year when an E.V. won’t cut it.

She said the research team is developing an app based on the study model that could predict—based on driving patterns, individual commutes, and location—how many days per year an electric vehicle could meet a person’s driving needs. For two-car households, Trancik said the drivers would be able to use one electric car for a majority of their trips and have the gas-powered vehicle on hand for those few times a year a longer haul was required.

She also said advances in car-sharing capabilities could replace the need to own two cars outright.

“The idea would be that a majority of people own an electric vehicle but share a gasoline-powered car that they could use on those rare occasions when a long-range trip is required,” Trancik said.