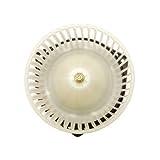 A tour bus transporting an Indiana college bowling team to a tournament in Tennessee flipped over and crashed on Interstate 65 in southern Indiana on Thursday, injuring at least 20 people.

The accident occurred Thursday morning in the southbound lane of the highway at mile marker 22, near Henryville in Clark County.

Brian Englehart, a spokesperson for Fort Wayne-based Indiana Tech, that the bus is carrying 16 members of the university’s men’s and women’s bowling teams and an unknown number of their coaches.

The Interstate was shut down as two medical helicopters responded to the scene of the crash, according to WLWT.

The extent of the injuries is not yet known. WHAS tweeted dramatic aerial shots of the rollover, as fire rescue teams responded.

Here is a photo from #Sky11 showing the rollover bus accident near mile marker 22 on I-65 SB —> pic.twitter.com/Tqoi42cKcK

The bus belongs to a company called Excursion Trailways, which has offices in Fort Wayne. The company has a clean record with the National Transportation Safety Board, according to the Courier-Journal.

A photo shared by WDRB shows the overturned bus with the front windshield totally smashed, and the hood of the vehicle torn off.

IMAGE: A view of the bus involved in the crash. Bus carried members of bowling team… http://t.co/H54yRYZN1B pic.twitter.com/liwSmrKLID

This is a developing story.