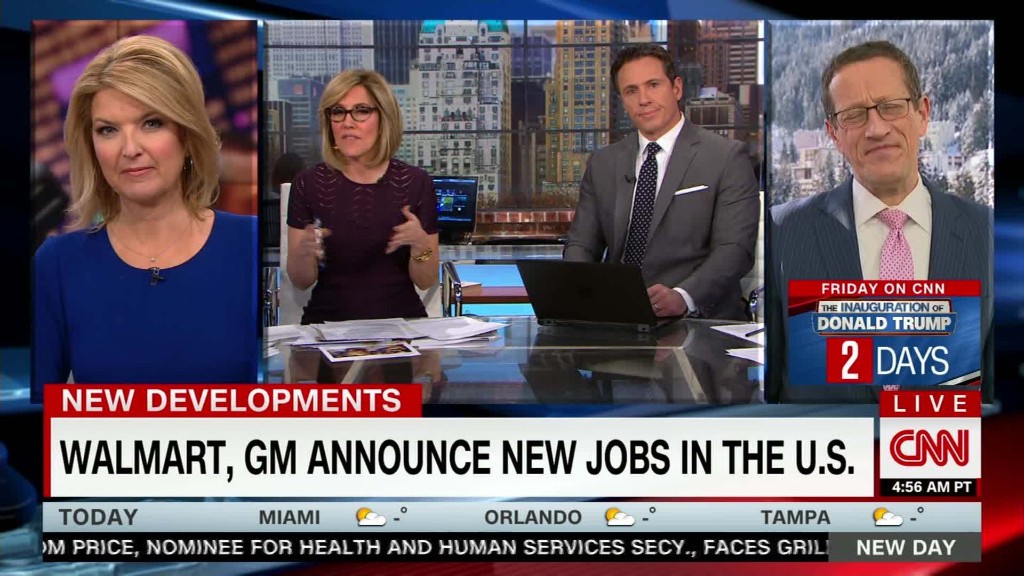 On January 3, he slammed GM, one of America’s big three automakers, for manufacturing cars in Mexico to sell across the border in the U.S. He focused his firepower on the Chevy Cruze, one of GM’s signature small cars.

“General Motors is sending Mexican made model of Chevy Cruze to U.S. car dealers-tax free across border. Make in U.S.A. or pay big border tax!” Trump tweeted at the time.

A huge debate ensued: Did Trump have his facts right? GM (GM) was quick to say no. The company issued a statement claiming it makes all Cruze sedans sold in the U.S. at a big factory in Lordstown, Ohio. (Read the full statement at the end of this article).

But it turns out, what Trump tweeted was true.

Right now in the United States, there are Chevy Cruze sedans for sale at GM dealerships that were made in Mexico.

In fact, CNNMoney even found a Mexican-made Cruze sedan for sale at a GM dealership in Lordstown, Ohio.

No wonder workers at the GM Assembly Plant in Lordstown are livid. The plant is facing 1,200 layoffs this Friday, the day of Trump’s inauguration.

GM told the workers there were too many Cruze sedans on car lots. They weren’t selling, so GM had to cut some of the 4,500 workers at the Lordstown plant.

“It’s the ultimate insult: Chevy Cruzes with Mexican VIN numbers shipped to Lordstown,” says Heather Lexso, a worker at the GM plant in Lordstown. She is losing her job putting carpets in the trunk as GM eliminates the entire third shift.

Mexican-made Cruzes are for sale, even in Lordstown

Over the weekend, CNNMoney traveled to Lordstown and stopped by the main GM dealership there known as Spitzer Chevrolet Lordstown. It’s located about 5 miles from the factory where Cruze sedans are made and workers are losing jobs.

Spitzer had about 30 Cruze sedans for sale on its main lot. Sure enough, CNNMoney found that one had a Mexican VIN number. The sale tag on the window of the car even says “Final Assembly Point: Ramos Arizpe, Mexico.”

Related: GM, Chrysler have more workers in Mexico than Ford

This week, GM admitted to CNNMoney that at least 8,400 Chevy Cruze sedans were built in Mexico at the end of last year and brought to the U.S. for sale. It’s a small fraction of the 188,876 Cruzes the company says it sold in the U.S. last year, but the Mexican imports did happen.

“A small number of Mexico-made Chevrolet Cruze sedans were produced in 2016 for sale in the U.S. This supplemental production ended in December. Lordstown is now the sole source for the Cruze sedans,” said GM spokesman Tom Wickham.

The frustration in Lordstown is palpable. Everyone is talking about Trump’s tweet and how it’s true that Mexican-made Cruzes are being sold there. They hope Trump will save their 1,200 jobs.

“How messed up is it that someone in Lordstown could be driving a Mexican-made Cruze?” says Robert Sheridan, another GM worker about to lose his job.

What GM sent CNNMoney on January 3:

What GM sent CNNMoney on January 17:

“A small number of Mexico-made Chevrolet Cruze sedans were produced in 2016 for sale in the U.S. This supplemental production ended in December. Lordstown is now the sole source for the Cruze sedans.”