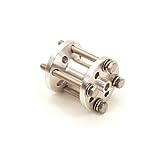 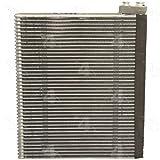 Tuesday’s big data is vehicle sales for September, which could have seen a bump as drivers in hurricane-hit areas replaced some vehicles.

While many purchases may have been used cars and pickup trucks, economists were looking for a jump in new vehicle sales to an annualized pace of more than 17 million cars, after five months of sales below 17 million. Hurricane Harvey could also have created some softness in August vehicle purchases, which came in at a 16.1 million annualized rate.

Also on Tuesday, there’s one Fed speaker who may get a lot more attention than usual. Fed Gov. Jerome Powell speaks at 8:30 a.m. ET on regulatory reform at the Reuters Summit Conversation on U.S. Financial Regulation in Washington.

Powell was interviewed last week by President Donald Trump for the Fed chairman job. Former Fed Gov. Kevin Warsh was also interviewed, and he is considered the front-runner.

“The S&P small- and mid-cap and Russell 2000 are all exploding, and I think that’s because tax cuts are coming,” said Art Hogan, chief market strategist at Wunderlich Securities.

He said the tax proposal, unveiled last week, could continue to be a market catalyst. Small-caps are disproportionately helped by lower taxes because they pay a higher rate on average above 30 percent, while S&P 500 multinationals pay an average 27 percent, Hogan said.

There are a few earnings reports Tuesday, including Lennar and Paychex.