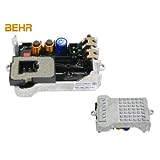 The conspicuous cars with the spinning tops will now be conspicuously absent on the streets of Pittsburgh.


Six months after it first rolled out its fleet on Pittsburgh, Uber has indefinitely suspended testing of driverless cars following a crash involving one of its self-driving vehicles in Arizona, an Uber spokesperson confirmed Saturday.


The San Francisco-based ride-hailing company is investigating the circumstances of a Friday night crash in which one of its SUVs — in self-driving mode but with no passengers — was struck by another vehicle that failed to yield, according to the police in Tempe, Ariz. No serious injuries were reported.

#UPDATE: No injuries yet reported in an accident involving a self-driving #uber, captured by @fresconews user Mark Beach in Tempe, AZ. pic.twitter.com/kmizvRD5WP

The pause on driverless vehicle testing is a major setback for the company, which began pursuing the technology at its secretive research center in the Strip District in early 2015. Since unveiling a fleet of cars in September of last year, its cars have been spotted throughout Downtown, Strip District and the East End, and Pittsburgh residents can request a self-driving car through Uber’s app. Uber later expanded driverless testing on public roads to San Francisco, and, most recently, the Phoenix area.


Uber has a reputation for treading a fine line with government officials in charge of keeping its residents safe. Uber officials have said the company decided to test its technology in Pittsburgh because of the challenging topography and inclement weather. While there has no been a serious crash reported yet in the Steel CIty, the move to suspend testing across all three cities is a remarkable move.


Pittsburgh Mayor Bill Peduto, who embraced Uber as an innovative technology and employer of more than 500 people, has lately been more critical.


In January, he suggested the city’s cooperation in giving Uber access testing on its roads had not be reciprocated. “We’ve held up our end [of] the bargain, but we haven’t seen much from Uber,” Mr. Peduto told the Pittsburgh Post-Gazette. “This is a two-way street, not a one-way. I need to see more interest from them in our communities, both locally and internationally.”


Uber was barely a month into its self-driving pilot program in Tempe, Ariz., before Friday’s crash. On. Feb. 21, Arizona Gov. Doug Ducey took the first passenger ride there, criticizing California officials who had required Uber to follow more stringent rules. Currently in California, Uber is not allowed to pick up riders in test vehicles.


At the time, a statement from Mr. Ducey read: “Arizona welcomes Uber self-driving cars with open arms and wide open roads. While California puts the brakes on innovation and change with more bureaucracy and more regulation, Arizona is paving the way for new technology and new businesses.”


Reached on Saturday, an Uber spokesperson said in an email there is no timetable for when the cars will be back on the streets. “We are continuing to look into this incident and can confirm we had no backseat passengers in the vehicle,” the spokesperson said.


The accident raises questions about the safety of autonomous driving technology and how it will interact with other drivers on the road. Uber has been moving aggressively to put its self-driving vehicles on the road with passengers in the backseat. As a precaution, the vehicles have a safety engineer who can take control if necessary. Others that have been developing the technology longer, including Waymo, Google’s self-driving car company, have been hesitant to put ordinary people in their cars without further testing.


Many expect self-driving vehicles will enter the market through ride-sharing services, such as Uber and Lyft. Those services tend to be more popular in urban environments, where autonomous cars will be most useful, and they’ve already conditioned users to put their safety and trust in the hands of relative strangers.


The crash comes as Uber grapples with a wide range of crises. Among them, several Uber employees have been accused of stealing intellectual property from Waymo and using it as the basis for Uber’s self-driving technology. The outcome of that legal fight could affect Uber’s future significantly.


Automobile and technology companies alike are dumping billions of dollars into the technology with the idea that one day our cars will no longer need human drivers.


But that future is still far off. In the meantime, vehicles equipped with self-driving capabilities will share the road with human motorists. That will put autonomous vehicles in situations that may seem simple but are actually difficult to navigate, such as what to do when another vehicle honks its horn.