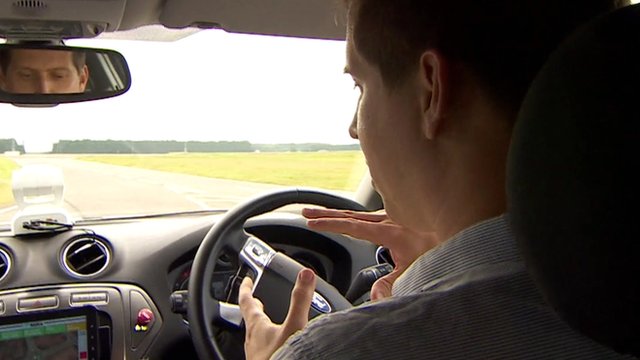 
The UK government has announced that driverless cars will be allowed on public roads from January next year.

It also invited cities to compete to host one of three trials of the tech, which would start at the same time.

In addition, ministers ordered a review of the UK’s road regulations to provide appropriate guidelines.

The Department for Transport had originally pledged to let self-driving cars be trialled on public roads by the end of 2013.

Business Secretary Vince Cable revealed the details of the new plan at a research facility belonging to Mira, an automotive engineering firm based in the Midlands.

“Today’s announcement will see driverless cars take to our streets in less than six months, putting us at the forefront of this transformational technology and opening up new opportunities for our economy and society,” he said.

UK engineers, including a group at the University of Oxford, have been experimenting with driverless cars. But, concerns about legal and insurance issues have so far restricted the machines to private roads.

Other countries have, however, been swifter to provide access to public routes. 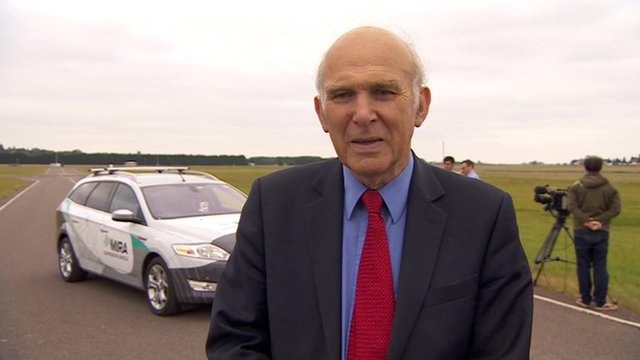 
The US States of California, Nevada and Florida have all approved tests of the vehicles. In California alone, Google’s driverless car has done more than 300,000 miles on the open road.

In 2013, Nissan carried out Japan’s first public road test of an autonomous vehicle on a highway.

And in Europe, the Swedish city of Gothenburg has given Volvo permission to test 100 driverless cars – although that trial is not scheduled to occur until 2017.

UK cities wanting to host one of the trials have until the start of October to declare their interest.

The tests are then intended to run for between 18 to 36 months.

A £10m fund has been created to cover their costs, with the sum to be divided between the three winners.

Meanwhile, civil servants have been given until the end of this year to publish a review of road regulations.

This will cover the need for self-drive vehicles to comply with safety and traffic laws, and involve changes to the Highway Code, which applies to England, Scotland and Wales.

How do driverless cars work? 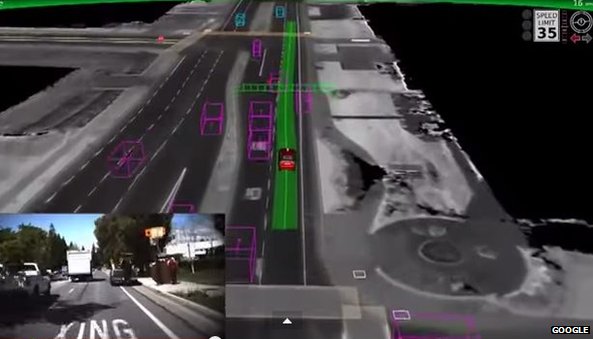 But the term is generally used to refer to vehicles that take charge of steering, accelerating, indicating and braking during most if not all of a journey between two points, much in the same way aeroplanes can be set to autopilot.

Unlike the skies, however, the roads are much more crowded, and a range of technologies are being developed to tackle the problem.

One of the leading innovations is Lidar (light detection and ranging), a system that measures how lasers bounce off reflective surfaces to capture capture information about millions of small points surrounding the vehicle every second. The technology is already used to create the online maps used by Google and Nokia.

Another complimentary technique is “computer vision” – the use of software to make sense of 360-degree images captured by cameras attached to the vehicle, which can warn of pedestrians, cyclists, roadworks and other objects that might be in the vehicle’s path. 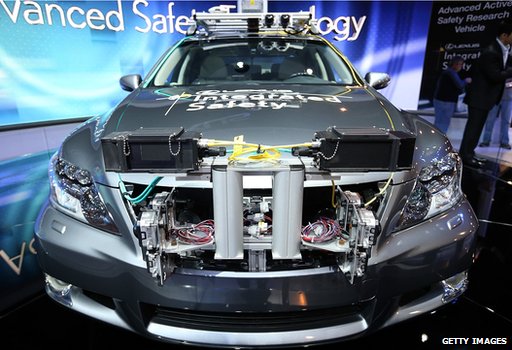 Autonomous vehicles can also make use of global-positioning system (GPS) location data from satellites; radar; ultrasonic sensors to detect objects close to the car; and further sensors to accurately measure the vehicle’s orientation and the rotation of its wheels, to help it understand its exact location.

The debate now is whether to allow cars, like the prototype unveiled by Google in May, to abandon controls including a steering wheel and pedals and rely on the vehicle’s computer.

Or whether, instead, to allow the machine to drive, but insist a passenger be ready to wrest back control at a moment’s notice.

In May, Google unveiled plans to manufacture 100 self-driving vehicles.

The search-giant exhibited a prototype which has no steering wheel or pedals – just a stop-go button.

Google has also put its autonomous driving technology in cars built by other companies, including Toyota, Audi and Lexus.

Other major manufacturers, including BMW, Mercedes-Benz, Nissan and General Motors, are developing their own models.

Most recently, the Chinese search engine Baidu also declared an interest, saying its research labs were at an “early stage of development” on a driverless car project.

But concerns about the safety of driverless cars have been raised by politicians in the US and elsewhere.

Earlier this month, the FBI warned that driverless cars could be used as lethal weapons, predicting that the vehicles “will have a high impact on transforming what both law enforcement and its adversaries can operationally do with a car”.