HONOLULU — The Obama administration doubled down Friday on its allegation that North Korea’s leadership was behind the hacking of Sony Pictures, announcing new, if largely symbolic, economic sanctions against 10 senior North Korean officials and the intelligence agency that it said was the source of “many of North Korea’s major cyberoperations.’’

The actions were based on an executive order President Obama signed on vacation in Hawaii as part of what he had promised would be a “proportional response” against the country.

But in briefings for reporters, officials said they could not establish that any of the 10 officials had been directly involved in the destruction of much of the studio’s computing infrastructure.

The sanctions were a public part of the response to the cyberattack on Sony, which was targeted as it prepared to release “The Interview,” a crude comedy about a CIA plot to kill Kim Jong Un, North Korea’s leader. 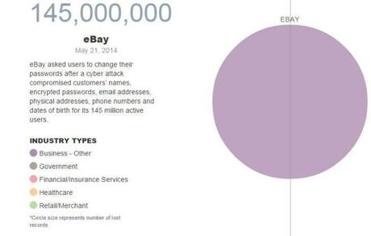 Sony is the latest victim in a long series of data breaches at US corporations by hackers. A look at some of the largest breaches in 2014.


The administration has said there would be a covert element of its response, as well. Officials sidestepped questions about whether the United States was involved in bringing down North Korea’s Internet connectivity to the outside world over the past two weeks.

Perhaps the most noticeable element of the announcement was the administration’s effort to push back on the growing chorus of doubters about the evidence that the attack on Sony was North Korean in origin.

Several cybersecurity firms have argued that when Obama took the unusual step of naming the North’s leadership on Dec. 19, the president had been misled by US intelligence agencies who were too eager to blame a longtime adversary and allowed themselves to be duped by ingenious hackers skilled at hiding their tracks.

But Obama’s critics do not have a consistent explanation of who might have been culpable. Some blame corporate insiders or an angry former employee, a theory Sony Pictures’ top executive, Michael Lynton, has denied.

Others say it was the work of outside hacking groups that were simply using the release of “The Interview” as cover for their actions.

Both the FBI and Obama’s aides used the sanctions announcement to argue that the critics of the administration’s decision to attribute the attack to North Korea have no access to the classified evidence that led the intelligence agencies, and Obama, to their conclusion.

“We remain very confident in the attribution,’’ a senior administration official who has been at the center of the Sony case told reporters in a briefing that, under guidelines set by the White House, barred the use of the briefer’s name.

Still, the administration is stung by the comparisons to the George W. Bush administration’s reliance on faulty intelligence assessments about Iraq’s weapons of mass destruction before the 2003 US-led invasion of the country.

They note how rare it is for Obama, usually cautious on intelligence issues, to blame a specific country so directly. But they continue to insist that they cannot explain the basis of the president’s declaration without revealing some of the most sensitive sources and technologies at their disposal.

By naming 10 individuals at the center of the North’s effort to sell or obtain weapons technology, the administration seemed to be trying to echo sanctions that the Bush administration imposed eight years ago against a Macao bank that the North Korean leadership used to buy goods illicitly and to reward loyalists.