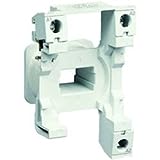 Volkswagen has agreed to a settlement worth more than $15.3 billion, according to a court document filed on Tuesday and a source briefed on the matter.

The Justice Department filed a proposed consent decree that confirms VW will set aside $10.033 billion to cover buybacks and fixes, $2 billion to invest in green energy funds and $2.7 billion to offset diesel emissions.

Shares of VW were up 3.4 percent. A source briefed on the matter said VW would announce a separate settlement with at least 44 U.S. states, the District of Columbia and Puerto Rico that will cost at least $600 million.

The actual amount VW will spend on buybacks could be significantly less if regulators approve fixes and owners opt to get vehicles repaired. Owners will get at least $5,100 in compensation in addition to the pre-scandal value of the cars.