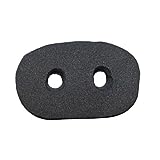 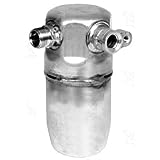 US to invest billions in self-driving cars – Los Angeles Times

Self-driving cars got a financial shot in the arm from the federal government Thursday, but a new report shows the autonomous vehicles have safety issues that could delay their appearance on U.S. highways by years.

Announcing the Obama administration’s pledge to invest nearly $4 billion in autonomous technology over the next decade, Transportation Secretary Anthony Foxx said federal guidelines for autonomous vehicles will be developed with industry members and other stakeholders within six months.

Foxx stressed the importance of safety in a presentation made to attendees of the North American International Auto Show in Detroit, asking, “What happens if human error could be eliminated?” But a new report from the California Department of Motor Vehicles suggests that machine error also needs to be eliminated.

The major companies testing self-driving cars on California roads reported multiple “disengagements” during testing — moments at which the human drivers were forced to take control of the autonomous vehicles.

Google, Nissan, Mercedes-Benz, Volkswagen, Bosch and Delphi Automotive all reported such disengagements, some occurring as often as once every one to two miles, the report said.

Thilo Koslowski, an analyst with the research firm Gartner, said the disengagement numbers point to the need for a discussion about how many mistakes a car can make.

“I think the numbers we saw … show that the technology still needs to develop in the future,” he said. “But I’m pretty confident that will happen.”

According to the DMV report, which tracked driverless testing for the year that ended in November 2015, Google fared best of the companies reporting the disengagements. The search giant’s self-driving cars experienced 272 incidents in which the human driver had to take control, at the rate of one incident every 1,244 miles.

Southern California Edison won approval from state regulators Thursday to develop a $22-million pilot program that will increase the number of electric vehicle charging stations by as many as 1,500.

Southern California Edison won approval from state regulators Thursday to develop a $22-million pilot program that will increase the number of electric vehicle charging stations by as many as 1,500.

Volkswagen did less well, with incidents occurring an average of every 57 miles. The automotive parts firm Delphi experienced difficulties every 41 miles, while Nissan had a problem once every 14 miles. The electronics company Bosch and the German car company Mercedes experienced much more frequent issues.

The Silicon Valley-based luxury electric car company Tesla Motors said it had no disengagements during testing, but did not report how many miles its self-driving cars had traveled.

MORE: Get our best stories in your Facebook feed >>

Automakers applauded the Obama administration’s funding declaration as a major step toward the widespread debut of autonomous vehicles because Foxx said the Transportation Department and the National Highway Traffic Safety Administration would work to create a model state policy to allow automated vehicles on public roads.

“We are on the cusp of a new era in automotive technology with enormous potential to save lives, reduce greenhouse gas emissions and transform mobility for the American people,” Foxx said in a statement. “Automated vehicles are nearing the point at which widespread deployment is feasible.”

Industry experts say legislation — not technology — has been the major hurdle for autonomous vehicles. Although several states allow testing of driverless cars, there are no federal regulations in place for self-driving cars. Current NHTSA policy restricts the vehicles to testing purposes and not for general public driving.

Clarence Ditlow, executive director of the Center for Auto Safety, said he wanted to hear more specifics from the government about safety issues.

“The sort of hidden message of this, I believe, is get out of the road, here come autonomous vehicles,” he said. “Well, it’s just not that easy.”

There are other challenges. Although the Transportation Department and NHTSA’s plan will provide the framework for automakers to continue to perfect their designs and technology, a fully autonomous system would require more than just a working prototype.

To really reap the benefits of a self-driving car system, the vehicles would need to communicate with each other, as well as the roadway, to make the safest driving decisions, said Dan Edmunds, director of vehicle testing at Edmunds.com. Streets would also need to be mapped in higher detail than typical GPS.

“It needs to be a coordinated effort,” he said. “That infrastructure takes time to build out, but before they can build it out, they have to decide exactly what it looks like.”

Any policy guidelines for self-driving cars would also need to address issues of liability, as well as the role of the driver.

“For the foreseeable future, everybody that has a driver’s license … will have to be the final control mechanism in all of this,” Koslowski said.

The biggest hurdle could be convincing customers that they can trust driverless technology. Although many automakers offer features such as automated emergency braking, lane departure warnings, self-parking or assisted steering, vehicles equipped with them are still being driven by humans who may be reluctant to let go of the steering wheel entirely.

“The gradual introduction of these technologies is critical to convince consumers,” Koslowski said. “Consumers have to get used to this technology slowly in order to find widespread support and acceptance.”

Amazon is dropping Prime price to $73 for the weekend