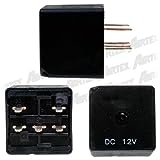 While many drivers generally understand the concept of an electric car, understanding generally stops there.

It’s a car, and you plug it in to get power to run it. That’s fine as far as it goes.

Beyond that, things get hazy pretty quickly, we’ve found.

We’ve stopped counting the number of times novices have suggested that an electric car’s battery “runs its engine,” for example. (The correct term is actually a motor.)

As for how an induction motor actually works—magnetic fields spinning a shaft—forget about it.

So a recent 10-minute video from Learn Engineering (via ChargedEVs) explaining the technologies that underlie electric cars may prove helpful.

As the magazine notes:

The general concepts discussed apply to any EV, although there are some differences (for example, most other EVs use larger rectangular battery cells instead of cylindrical cells).

We found the voiceover slightly stilted—we wondered if it was a really good simulation—and some of the setup is a little breathless, the information on the technology behind electric cars is worthwhile.

Still, the video nicely contrasts the complexity and the huge number of moving parts of an internal combustion engine with the essential simplicity of an electric motor.

The 70-pound induction motor of a Tesla Model S puts out 270 kilowatts (362 horsepower), whereas a combustion engine that produces around 190 hp will weigh roughly 400 pounds.

CHECK OUT: Could water be the secret to faster electric-car battery technology?

The video also explains Tesla’s approach to building a battery, using thousands of small cylindrical “commodity” lithium-ion cells, in a flat pack that sits under the floor of the passenger cabin.

And it stresses the importance of keeping any electric car’s battery within a suitable temperature range to preserve its capacity and ensure durability, using liquid cooling.