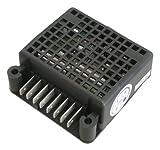 Car aficionados can jump back in time Friday morning — seeing a taxi cab from nearly 70 years ago, or checking out the sirens (or lack thereof) on a 1931 Denver police car — at a Century of Collector Cars, a free show of vintage vehicles ahead of the Mecum Denver car auction at the Colorado Convention Center this weekend.

In addition to the 1947 Plymouth taxi and police car, organizers plan to have a 1934 Ford Phaeton, a 1953 Seagrave Denver fire truck and more during the exhibit from 7 to 11 a.m. at the parking lot at 14th and California streets.

This display is part of Mecum Denver 2016, a two-day auction at the Colorado Convention Center that features 700 collector vehicles. Inside the convention center, cars from Resto Mods, Corvettes and Porsches will cross the auction block starting Friday morning at 10 a.m. (Unlike the cars in the auction, the display cars aren’t for sale.)

“We identified Denver as a hotbed for collector vehicles about three to four years ago. It took us a while to get here because we had to find a venue and get that approved,” said John Kraman, the consignment director for Mecum Auctions. “But last year was a smashing success, and we really want to lock in Denver as a permanent auction site every July.”

At the first Mecum auction in Denver last year, 396 vehicles sold for $12 million in total sales. This year, the number of consignment vehicles is expected to exceed last year’s by 50-100 cars, and bidder registration is already up by 20 percent.

“As people have more disposable income, they’re buying cars they couldn’t have when they were raising families. To many collectors, these vehicles are part of growing up,” he said. “At car shows, people will come up and say, ‘My parents had one of those! My first boyfriend had that car!’ ”

Collectors in Colorado also benefit from the fair weather here — plentiful days of sunshine allows them to take their cars out often, he said.

To bring the 13 vehicles together for the Friday morning exhibit, the CCCC and Mecum Auctions reached out to Colorado vehicle collectors. Four of the vehicles, including the police car and the fire truck, are owned by the Denver Police Museum and Denver Firefighting Museum. The rest of the vehicles, including the taxi cab, are owned by private collectors.

Thompson said the point of the display is to show people the country’s history through the vehicles.

“The automobile industry provided our country with lots of jobs,” Thompson said. “Cars also moved everyone around, from the East Coast to the West Coast, and they’ve been a part of everyone’s life.”

“They’re part of the fabric of the country. Cars bring back memories for people. We’ve all had fun in cars.”

Mecum Auction: Advanced bidder registration is $100 online, $200 on-site. General admission, for watching the auction, is $30 per person, free for children under 12. Tickets to bid at mecum.com; GA tickets at axs.com. Doors open at 8 a.m. on Friday and Saturday. Road art auction begins at 8:30 a.m., and the vehicle auction begins at 10 a.m. Colorado Convention Center, 700 14th St.