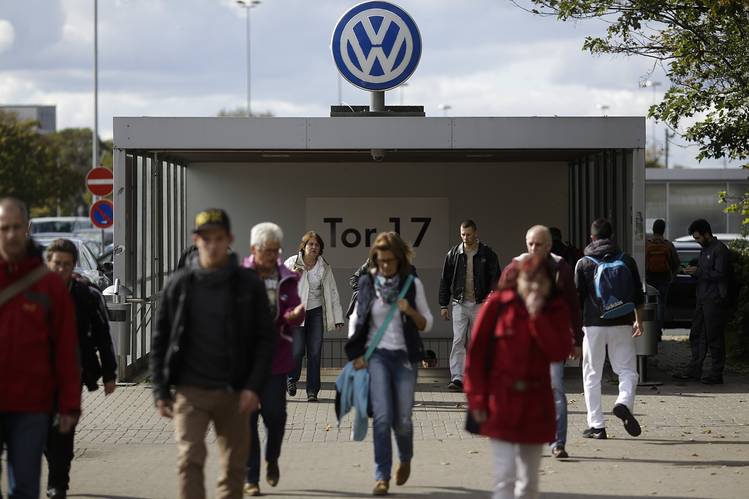 
are evaluating the impact of the company’s emissions-cheating scandal on its finances, and assessing options should the crisis take a greater-than-anticipated toll on its €25 billion ($28 billion) cash cushion, people familiar with the matter said.

Volkswagen faces hefty costs, fines and damage claims after U.S. environmental regulators said last month that Europe’s largest auto manufacturer intentionally installed software in some of its cars that allowed the vehicles to perform better on emissions tests than they would on the road.

The company, which owns brands ranging from Skoda to Bugatti, has since said the software was installed in about 11 million vehicles world-wide, but may not be activated in all of them. The revelations led to the resignation of Volkswagen’s chief executive and wiped out roughly 40% of its market capitalization.

Volkswagen’s treasury department is making contingency plans that take into account worst-case scenarios, including the financial fallout of possible ratings downgrades or unexpectedly large penalties, according to the people familiar with the company’s planning. Volkswagen also may consider postponing some of its bond and other debt offerings in the near term, these people said.

The company said in an emailed statement that it isn’t suspending its debt-financing programs, but has to adapt the paperwork for planned issuances to the current situation. Volkswagen added that it doesn’t regard its financing operations as being at risk.

The internal assessment of Volkswagen’s funding situation is a standard procedure for companies in times of stress, but underscores the degree of uncertainty it faces. Company officials and many bankers have said they think the company has enough cash to avoid a liquidity crunch.

A spokesman for Volkswagen said: “We have a regular financing plan which we follow. We are not in an emergency, and we haven’t hired a bank to prepare for such a situation.”

Volkswagen currently has €21.5 billion in cash and will boost that figure in the near term to around €25 billion, thanks to recent sales of stakes in financing unit LeasePlan and Japanese rival Suzuki Motor Corp.
7269

But some analysts think that sum won’t be enough. The €25 billion “is unlikely to be sufficient to cover potential recall costs/fines or subsidy clawbacks,” Credit Suisse
CS


analysts said in a note Friday. The analysts added that they “see meaningful risk of a capital increase,” even in a more optimistic scenario for Volkswagen.

As a precautionary measure, Volkswagen’s finance arm, VW Financial Services, has instituted a hiring freeze until year-end. Production plants in Germany and Mexico have also cut shifts in response to the scandal.

The analysts concluded that the unit wasn’t able to boost its lending business and thereby car sales without fresh capital from Volkswagen.