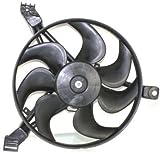 Top Volkswagen officials will visit the Chattanooga assembly plant this week as they check out the new Atlas sport utility vehicle and plan what’s ahead.

Michelle Krebs, executive analyst for Autotrader, said the German company has spent a lot of money at the Enterprise South industrial park plant and officials say they’re recommitted to the U.S. market.

“Under this political situation, they need to make sure the plant is producing compelling vehicles,” she said. President Donald Trump has talked up the idea of companies putting manufacturing production in U.S. factories.

Krebs said the seven-seat Atlas is “very promising” and a redesigned Tiguan SUV, which is made in Puebla, Mexico, sits in the No. 1 selling compact SUV market.

VW’s newly expanded factory in Chattanooga can now produce about 250,000 vehicles a year. Passat production last year was about 93,000 vehicles, according to the company.

Staff File Photo by Dan Henry / An all-new 2018 Volkswagen Atlas SEL premium V6 SUV made in Chattanooga is taken on a test drive near the factory.

She doesn’t see an end to American motorists’ shift from buying cars to SUVs.

“They’ve got to make sure they have lots of those,” Krebs said about VW officials.

In April, VW said there’s room in the market for another SUV, a five-seater, that could be a derivative of the Atlas. A natural production location would be Chattanooga, the company said, though no decision is made.

The VW plant employs about 3,400 people making the Atlas as well as the midsize Passat sedan after a big surge in hiring over the past year to assemble the SUV.

An estimated $100 million of the money that would be raised with the help of a tax increase proposed earlier this week by Coppinger would go to the schools. He said that the county has a lot of people employed in the manufacturing sector, and not just at VW.

Krebs said that having a trained workforce is “extremely important. The auto work of today is not like 30 or 40 years ago.”

She noted that as Toyota and Mazda look at locations for a new joint assembly plant, “workforce is key to that.”

Concerning VW, Krebs said the company is on the road to recovering from the diesel emissions scandal, but she added that “it will be a long road.”

She expects VW Group sales in the U.S. in August will rise about 2 percent.