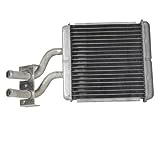 Volkswagen CEO Martin Winterkorn resigned on Tuesday as the company grapples with an emissions cheating scandal, though he denied any personal wrongdoing.

“I am shocked by the events of the past few days. Above all, I am stunned that misconduct on such a scale was possible in the Volkswagen Group,” Winterkorn said in a statement.

“As CEO I accept responsibility for the irregularities that have been found in diesel engines and have therefore requested the Supervisory Board to agree on terminating my function as CEO of the Volkswagen Group. I am doing this in the interests of the company even though I am not aware of any wrong doing on my part.”

Statement by VW’s CEO Winterkorn on his exit

Volkswagen’s executive committee, a sub-panel of its full board, said it’s “expecting further personnel consequences in the next days” as its investigation proceeds into how the company installed sophisticated software onto 11 million cars to avoid emissions regulations.

The committee also took the extraordinary step of saying it would submit a criminal complaint about the company’s actions to investigators in Germany.

But the executive committee said Winterkorn had nothing to do with the software.

The committee said Volkswagen’s global ascension “is inextricably linked to his name” and credited him “for towering contributions in the past decades and for his willingness to take responsibility in this critical phase for the company.”

Volkswagen’s board is expected to appoint a successor on Friday. The executive committee proposed that the full board establish a special panel that will consult with external advisers to carry out “necessary consequences” for the company.

The emissions scandal has crushed Volkswagen’s stock, spawned government investigations and lawsuits, called the future of diesel vehicles into question and raised questions about Winterkorn’s knowledge of the situation.

“Volkswagen needs a fresh start — also in terms of personnel. I am clearing the way for this fresh start with my resignation,” Winterkorn said. “I have always been driven by my desire to serve this company, especially our customers and employees. Volkswagen has been, is and will always be my life.”

Volkswagen’s board is expected to appoint a new CEO when its full board meets Friday.

The company has admitted to rigging 11 million cars with sophisticated software to trick regulators into believing the vehicles were compliant with emissions standards. The company is setting aside $7.3 billion to pay for the expected cost of the scandal, a figure it acknowledged could change.

Volkswagen is already the subject of several probes, including an criminal investigation in the U.S.

The company’s executive committee said it’s “aware that coming to terms with the crisis of trust will be a long-term task that requires a high degree of consistency and thoroughness.”

Carl Tobias, a product liability law professor at the University of Richmond, said Winterkorn’s resignation may have been inevitable.

“It did happen on his watch,” Tobias said. “He didn’t have a lot of choice, I imagine.”

“The money is really significant and it’s likely to be substantial — but even more difficult I think is restoring the reputation, just because of the underlying behavior. That’s the real problem,” Tobias said.

To be sure, there’s no proof that Winterkorn himself knew about the “defeat device,” which the Environmental Protection Agency disclosed on Friday.

But an examination of the automaker’s past embellishments of its diesel technology could prove damaging. One October 2008 company release bragged that Volkswagen engineers had slashed nitrogen oxide emissions by up to 90 percent by making “modifications within the engine.”

The company also boasted in an annual report of its regular environmental audits, telling investors that it ensures the company is meeting certifications by repeatedly examining its technology and emissions processes.

A Volkswagen spokesman has not responded to a request about whether Winterkorn knew about these statements.

The emissions scandal has crushed Volkswagen shares, spawned government investigations and lawsuits, called the future of diesel vehicles into question and raised questions about Winterkorn’s knowledge of the situation.

Volkswagen sets aside $7.3B over emissions scandal

It is well documented within the industry that Winterkorn has not betrayed an emphasis on details despite a lust for global growth.

Several years ago he mapped out a goal to make Volkswagen the world’s largest automaker — a title it seized from Toyota in the first six months of 2015, but which now appears unlikely to retain for the full year.

But Winterkorn has long retained control over engineering details that many other CEOs would relinquish fully to deputies.

Whether that extended to knowledge of the sophisticated software installed in Volkswagen cars to deceive regulators is unclear.

“This is not a mistake that this software was on vehicles. There was intent,” said Dave Sullivan, an AutoPacific analyst, in an interview Tuesday. “I don’t think there was any excuse for something like this.”

Winterkorn, 68, led Volkswagen since 2007. He studied metallurgy and metal physics at the University of Stuttgart and then earned his doctorate in 1977 from the Max-Planck-Institute for Metal Research. He held several roles in quality assurance for Volkswagen and one of its luxury brands, Audi, before ascending to top executive roles.

On Tuesday, Winterkorn apologized for the company’s transgression and pledged to regain the public’s trust. He ordered an external investigation in addition to the Environmental Protection Agency’s investigation, a U.S. Justice Department criminal investigation and other probes expected in Europe.

“At present we do not yet have all the answers to all the questions,” he said at the time. “But we are working hard to find out exactly what happened. To do that, we are putting everything on the table, as quickly, thoroughly and transparently as possible.”

Particularly problematic for Volkswagen, if not Winterkorn himself, is the company’s consistent bragging about its “clean diesel” technology and environmental sustainability.

In the company’s 2009 annual report, for example, it boasts that “environmentally oriented management is one of the keystones of our corporate culture” and says its environmental policy involves an effort “to continuously improve the environmental compatability of our products over their entire life cycle.”

In an October 2008 press release, Volkswagen crowed about one of the vehicles now known to have been fitted with deceptive software designed to mask the emission of nitrogen oxides, which are released at rates of up to 40 times acceptable standards.

The Jetta diesel car, Volkswagen said in the release, earned praise from the EPA for its “excellent consumption figures” and meeting “stringent California emission standards” by leveraging an exhaust treatment system powered by a nitrogen oxide storage catalytic converter.

Winterkorn’s position in the Volkswagen hierarchy was already teetering this summer. Several months ago, the company’s then-chairman Ferdinand Piech tried to displace Winterkorn, but was himself ousted.

But Piech, whose family controls more than half of Volkswagen shares along with the Porsche family, retains strong influence in the company’s affairs.

Consequently, Winterkorn was not awarded the chairmanship — a title that went to the automaker’s chief financial officer, Hans-Dieter Pötsch, in a move that signaled a lack of complete confidence in Winterkorn’s reign.