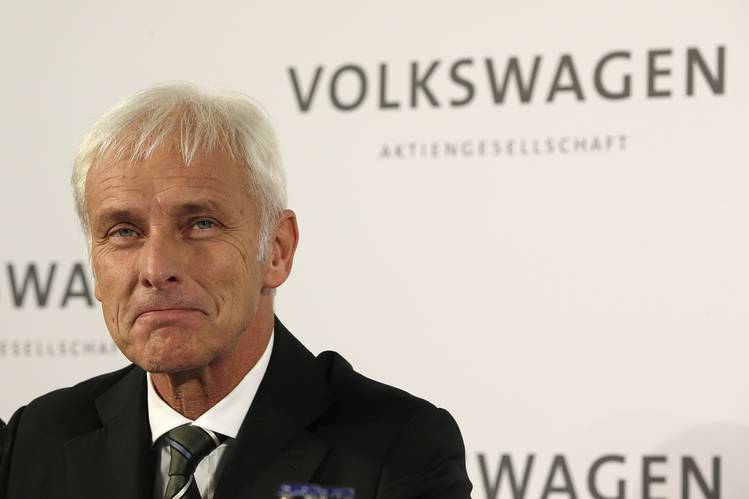 
Chief Executive Matthias Müller will visit the U.S. next week to attend the Detroit auto show and meet top regulators amid growing frustration about the German car maker’s lack of cooperation with U.S. investigators probing its emissions-cheating scandal.

Mr. Müller will address the media at the auto show Monday. On Wednesday, he will go to Washington to meet Gina McCarthy, head of the Environmental Protection Agency, a day before the deadline for the California Air Resources Board to rule on VW’s proposals to fix nearly 600,000 tainted diesel vehicles in the U.S.

Mr. Müller’s visit to the U.S.—his first since taking the helm at VW in September as the crisis was unfolding—comes as consumers, car dealers, investigators and government officials grow increasingly frustrated with VW’s reluctance to fully cooperate with U.S. officials investigating the “dieselgate” scandal. U.S. investigators say the company is refusing to turn over documents, including emails, needed to figure out which employees orchestrated one of the biggest corporate scandals.

“Our patience with Volkswagen is wearing thin,” New York Attorney General Eric Schneiderman said in an emailed statement. “It has been slow to produce documents from its U.S. files, it has sought to delay responses until it completes its ‘independent investigation’ several months from now, and it has failed to pursue every avenue to overcome the obstacles it says that German privacy law presents to turning over emails from its executives’ files in Germany.”

New York is one of 46 states that are conducting an investigation into VW’s emissions deception and is one of the six states leading the probe. Earlier this week, the U.S. Justice Department filed a separate civil complaint against Volkswagen, carrying potential fines of up to $45 billion, on behalf of the EPA. The Justice Department is also investigating VW but hasn’t filed any criminal charges.

The EPA and the California Air Resources Board disclosed in September that Volkswagen had installed so-called defeat devices, software to manipulate engines, that allowed the vehicles to produce fewer toxic emissions in lab tests than while driving on the open road.


, sports car maker Porsche, as well as Skoda and SEAT, fell 2% last year, the first decline in sales since 2002, even as other car makers such as General Motors Co.
GM

During the presentation of initial findings of the internal investigation by Jones Day, the company said it had secured “102 terabytes of data—the equivalent of 50 million books. More than 1,500 electronic storage devices were collected from around 380 employees.”

Mr. Müller has promised full disclosure, and this week the company said again it is cooperating fully and constructively with U.S. officials.

But U.S. officials remain unsatisfied and say Volkswagen is hiding behind a narrow interpretation of German privacy laws to withhold evidence.

“I find it frustrating that, despite public statements professing cooperation and an expressed desire to resolve the various investigations that it faces following its calculated deception, Volkswagen is, in fact, resisting cooperation by citing German law,” Connecticut Attorney General George Jepsen said in an emailed statement.

Volkswagen was also quick to come up with a fix for tainted vehicles in Germany. The company will begin recalling vehicles in Europe by the end of this month. Some cars will receive a simple software update, while others will also require a hardware fix.

Customers and car dealers in the U.S. are still largely in the dark about how and when their vehicles will be repaired. The German daily Süddeutsche Zeitung reported this week that Volkswagen is considering buying back up to 115,000 vehicles in the U.S. that could prove too difficult or costly to fix.

Volkswagen declined to comment on the German news report.

Corrections & Amplifications:
Mr. Müller will meet with the head of the Environmental Protection Agency a day before the deadline for the California Air Resources Board to rule on VW’s proposals to fix nearly 600,000 tainted diesel vehicles in the U.S. An earlier version of this article incorrectly stated the deadline was for an EPA ruling. (Jan.8)