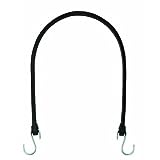 Volkswagen chairman appears isolated on board after CEO criticism – Reuters

BERLIN/STUTTGART, Germany (Reuters) – Volkswagen Chairman Ferdinand Piech is facing growing resistance within the supervisory board to his criticism of Chief Executive Martin Winterkorn, deepening a leadership crisis at a time when Europe’s largest carmaker is struggling to revive profits.

Piech on Friday publicly withdrew his confidence in Winterkorn who has been at the helm of the automaker since 2007, telling German magazine Der Spiegel he has “distanced” himself from the CEO.

Piech’s remark, exposing unusual dissent between VW’s (VOWG_p.DE) two top leaders, undermines the CEO’s prospects of extending his contract beyond 2016 or to become chairman himself when Piech retires, most likely in 2017, analysts said.

Wolfgang Porsche, chairman of the Porsche SE (PSHG_p.DE) holding company which controls 51 percent of VW common stock, on Sunday threw his backing behind Winterkorn, siding with the state of Lower Saxony, VW’s second largest shareholder and its labor leaders.

“The comment from Dr Piech represents his personal opinion which has in substance and factually not been coordinated with the family,” said Porsche, a cousin of Piech and a member of VW’s supervisory board.

The state of Lower Saxony, where VW is based and which owns one fifth of VW’s voting shares, as well as the carmaker’s labor leaders who represent half of the 20 members on VW’s supervisory board on Friday gave their backing to Winterkorn.

Winterkorn, who in his eight-year reign has overseen VW’s transformation from a struggling German group saddled with high labor costs into one of the world’s most successful automakers, will fight for his job and feels emboldened by support from strong allies, company sources said on Saturday.

Piech’s remark has plunged VW into turmoil at a time when it is seeking to cut billions of euros of costs to boost profitability at its troubled core division while struggling to forge a long-planned alliance of truck brands and to revive operations in the United States.

While the reasons for Piech’s campaign remain unclear, a senior labor representative said the chairman had criticized Winterkorn at past board meetings, particularly with regard to the weak U.S. operations.

VW’s $1 billion plant in Chattanooga has been underutilized for more than a year after demand dried up for the locally-built Passat saloon, a model that Winterkorn had personally lobbied for, a company source said.

“This falling-out is destabilizing VW at a critical time,” said London-based Evercore ISI analyst Arndt Ellinghorst. “The top-level succession is the biggest challenge the carmaker has been facing in the past 20-30 years.”

The supervisory board’s steering committee will meet next week to discuss the leadership crisis, another company source said, without being more specific.

Besides labor’s 10 seats, Lower Saxony has two seats on the 20-member panel, the same as the Porsche family members. Piech, whose family holds three seats, has run the board since 2002.