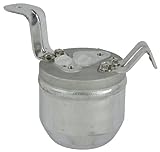 Even given the drastic share price falls, investors are likely to stay away from the automobile sector for a while as they wonder which company will be next. Analysts have been producing gloomy forecasts for both Volkswagen and the sector as a result, with one typical example from Societe Generale, which downgraded the sector from Overweight to Neutral, deeming it “dead money”.

On Thursday Nordea Asset Management announced that its fund managers were banned from buying VW’s stocks and bonds, saying that “the scandal is unacceptable from an investment point of view.”

Yet the fallout could be even worse than feared, if it emerges that the problem of promoting cars as more environmentally friendly than they are goes beyond Volkswagen.

This kind of industry-wide problem is sometimes called a “tobacco moment” after the cigarette industry’s early denials of the links between smoking and lung cancer, which eventually proved futile.