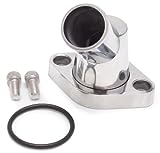 WASHINGTON — Who knew about the deception, when did they know it and who directed it?

Those are among questions that state and federal investigators want answered as they plunge into the emissions scandal at Volkswagen that has cost the chief executive his job, caused stock prices to plummet and could result in billions of dollars in fines. The Environmental Protection Agency has accused VW of installing sophisticated stealth software that enabled “clean diesel” versions of its Passat, Jetta, Golf and Beetle models to detect when they were being tested and emit less-polluting exhaust than in real-world driving conditions. The agency says the “defeat devices” allowed those models to belch up to 40 times the allowed amounts of harmful fumes in order to improve driving performance.

“If there is sufficient evidence to show that Volkswagen intentionally programmed its vehicles to override the emission control devices, the company and any individuals involved could face criminal charges under the Clean Air Act, and for conspiracy, fraud and false statements,” said David M. Uhlmann, a former chief of the Justice Department’s Environmental Crimes Section who is now a law professor at the University of Michigan. He called criminal charges “almost certain.”

But Uhlmann cautioned that hauling the executives involved into a U.S. courtroom could be challenging because much of the conduct at issue probably occurred overseas. While the United States has an extradition treaty with Germany, European regulators are also now investigating and could claim first dibs on prosecuting company officials.

It’s not the first time Volkswagen has been accused of cheating on emissions testing by the EPA. In July 1973, the agency found that VW had installed temperature-sensitive devices that turned off emissions controls on about 25,000 Fastback, Squareback and bus models. The company agreed to remove the devices and eventually settled with the Justice Department, paying a $120,000 penalty.

Volkswagen said it would set aside $7.3 billion to cover the cost of the scandal, but even that may not be enough. The Clean Air Act allows for fines of up to $37,500 for each of the 482,000 suspect VWs sold in the United States, potentially totaling more than $18 billion.

German media reported Sunday that Volkswagen had received warnings years ago about the use of illegal tricks to defeat emissions tests. Bild am Sonntag said VW’s internal investigation has found a 2007 letter from parts supplier Bosch warning Volkswagen not to use the software during regular operation. Frankfurter Allgemeine Sonntagszeitung said a Volkswagen technician raised concerns about illegal practices in connection with emissions levels in 2011.

Attorneys general for nearly 30 states and the District of Columbia have announced a coordinated investigation and said they are issuing subpoenas for company records.

The lawsuit against Volkswagen Group of America Inc. was filed on behalf of plaintiffs Sean Mahoney and Ayres Stockly, residents of Falmouth and Cumberland, respectively, and other Maine residents who own Volkswagens installed with software that helps the cars cheat on emissions tests, according to the suit. The suit accuses Volkswagen of fraud, breach of warranty and other violations of federal and state law.

Were you interviewed for this story? If so, please fill out our
accuracy form.