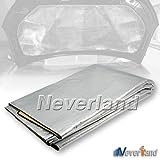 Volkswagen AG failed to report at least one death and three injuries involving its vehicles to a U.S. regulator’s database designed to save lives by spotting possible defects.

Lawsuits concerning the accidents, filed over the last eight years, weren’t found in records kept by the U.S. National Highway Transportation Safety Administration in searches by Bloomberg and financial adviser Stout Risius Ross Inc. Automakers are required by law to report all claims of possible vehicle defects to the NHTSA database.

Volkswagen said Oct. 23 it will commission an outside audit of its compliance with U.S. safety-reporting laws. Honda Motor Co. and Fiat Chrysler Automobiles NV’s U.S. unit have said this year they underreported claims to the same database, and Honda was fined.

“You have to give the consumer enough of the facts to put the pieces together,” said Rebecca Lindland, senior director of commercial insights for Kelley Blue Book, the vehicle-data provider. “If you underreport on safety, then you’re talking about actually taking people’s lives in your hands. There’s a need for transparency whether it’s good, bad or ugly.”

Questions about Volkswagen’s reporting come as the world’s biggest automaker grapples with a crisis over its admission in September that it purposely cheated on U.S. pollution tests. The automaker faces regulatory investigations in the U.S., Europe, Japan and China and a criminal probe in the U.S. related to emissions controls. The automaker has set aside 6.5 billion euros ($7.2 billion) for the potential costs of the scandal.

Volkswagen will coordinate its third-party audit on safety compliance with NHTSA, make the findings available to NHTSA and work with the agency on any recommendations, Jeannine Ginivan, a Herndon, Virginia-based spokeswoman, said in an e-mail.

Volkswagen is checking its process of reporting lawsuits to the regulatory database as part of the overall audit, Ginivan said. The Wolfsburg, Germany-based automaker is unable to comment on specific lawsuits, Ginivan said.

Bloomberg reviewed 13 random lawsuits filed against Volkswagen in the last 11 years. Volkswagen had reported nine of them to NHTSA. Four couldn’t be found in the database. They involved one death and three injuries described in lawsuits filed in 2007, 2008, 2009 and 2014. By law, legal complaints must be reported to NHTSA within 30 days of the end of the quarter in which an automaker was notified by a filing or other official means of a lawsuit involving an alleged safety defect.

The lawsuits included a January 2008 fatal accident involving a 2000 Beetle in Portland, Oregon, in which the side air bags were alleged to have failed to deploy. Volkswagen denied any defect. That case was dismissed. Two lawsuits over injuries, both in Texas, were settled with the car company denying allegations of any defects. The remaining suit, an air-bag case in Pennsylvania in which Volkswagen again denied any defects, is still pending.

There were no findings of liability against the company in any of the suits and no dollar amounts disclosed in any settlements.

NHTSA can’t comment on the specific lawsuits identified by Bloomberg because the agency hasn’t analyzed them, Gordon Trowbridge, a spokesman, said in an e-mail. NHTSA requires that a lawsuit be included in the database even if there’s been a settlement, the company disputes the finding or there’s a ruling on the complaint in the automaker’s favor.

Honda said in November 2014 that it failed to report more than 1,700 claims of death or injury, some related to exploding Takata Corp. air bags. Honda disclosed its audit after the Center for Auto Safety, a Washington watchdog group, said the company didn’t report at least two incidents involving injury or death to NHTSA. In January, Honda was fined a record $70 million for its underreporting.

After Honda’s disclosure, NHTSA asked all automakers to ensure their compliance with the reporting requirements. Since then, the larger automakers, including Volkswagen, have reported more incidents than they averaged in previous years, Stout Risius found.

The rate of Volkswagen’s reporting to the NHTSA database is the lowest among major automakers over the last decade, including Honda and Chrysler, the Stout Risius data compiled for Bloomberg show. To ensure fair comparisons among car companies of different sizes, the rates were calculated per million vehicles on the road. The average of 11 automakers was 306 per million; Volkswagen’s rate was 34 per million.

U.S. Transportation Secretary Anthony Foxx has said he will summon automakers to Washington to discuss the need for accurate reporting of safety defects, including the death and injury reports. The meeting is expected before the end of the year.

“NHTSA will often note the number of incidents involving injury or death when initiating investigations or working with automakers to understand whether a recall is necessary,” said Neil Steinkamp, a Stout Risius managing director who analyzed the database for missing lawsuits. “The accuracy of these reports can be influential in identifying trends that NHTSA would act on.”