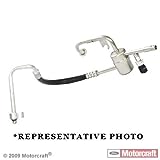 German prosecutors have launched an investigation into the former chief executive of Volkswagen as a result of the diesel emissions-rigging scandal.

Reuters reported that the investigation into Martin Winterkorn focused on allegations of fraud in the sale of cars with manipulated emissions data. Winterkorn resigned last Wednesday after revelations in the US that Volkswagen installed software in its cars to disguise illegal emission levels.

The news came as VW subsidiary Audi admitted that 2.1m of its cars were fitted with the emissions-rigging software and a shareholder advisory group called for an overhaul of VW’s governance.

VW, whose subsidiaries also include Porsche and Škoda, said last week thatabout 11m of its cars worldwide were affected by the diesel emissions scandal. The announcement follows reports on Monday that VW has suspended the research and development chiefs at its VW, Audi and Porsche units.

The carmaker’s supervisory board agreed on Friday to put several employees on leave until the details of VW’s emissions scandal were cleared up, without providing names.

Hermes EOS, the shareholder advisory group, warned that key investors appeared to have ignored the opportunity for a “real new beginning” at the group by appointing insiders to the roles of chief executive and chair-elect. On Friday, the chief executive of Porsche, Matthias Müller, was appointed VW group CEO, while Volkswagen’s finance chief, Hans Dieter Pötsch, was appointed chairman elect.

“The supervisory board’s choice of corporate insiders as CEO and chair-elect also raises some real doubts whether the key shareholders have recognised the need for fundamental reform and a real new beginning,” said Dr Hans-Christoph Hirt, director at Hermes EOS.

“The new CEO and the incoming chair should overhaul Volkswagen’s corporate governance, including the composition and effectiveness of its supervisory board, and create a corporate culture which ensures that the trust of customers and society will never again be jeopardised in the way it has in the past.”