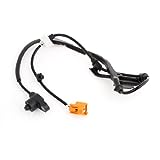 Daimler’s Christine Hohmann-Dennhardt will join Volkswagen in January as the company grapples with its emissions scandal.

Yogi Dewan, chief executive officer at Hassium Asset Management, discusses the ongoing scandal at Volkswagen, its impact on the auto sector overall and his outlook for markets.
Bloomberg

Volkswagen is hiring a Daimler executive to lead a new post devoted to integrity and legal affairs, giving an outsider a high-profile role in cleaning up the company’s emissions scandal.

The German automaker said Friday that Christine Hohmann-Dennhardt would became its new board member for integrity and legal affairs as of Jan. 1.

She has been in an identical role at Daimler, which agreed to terminate her contract early at Volkswagen’s request. She held several positions in Germany’s judicial system before taking the Daimler job.

Volkswagen took the unusual step of lauding its German rival, saying “compliance is now firmly anchored at Daimler and in its corporate culture.”

“We are delighted that Dr. Hohmann-Dennhardt has agreed to take on this responsible task and that we can build on her outstanding competence and experience,” Volkswagen chairman Hans Dieter Poetsch said in a statement. “At the same time we would like to thank Daimler AG for agreeing to our request to the early termination of Dr. Hohmann-Dennhardt’s contract.”

The new role puts Hohmann-Dennhardt at the center of a global crisis that has enveloped Volkswagen in the wake of the U.S. Environmental Protection Agency’s disclosure that the company had installed manipulative software on diesel cars to fool regulators into believing the vehicles met emissions standards.

The cheating software affects up to 11 million cars worldwide, including nearly 500,000 in the U.S. On Thursday, Volkswagen ordered a recall of 8.5 million vehicles in Europe — the first concrete step in fixing cars.

U.S. owners of Volkswagen cars can now determine whether their vehicle is fitted with the manipulative software.

Volkswagen said Friday that owners can input their Vehicle Identification Number (VIN) into an online database to ascertain the status of their vehicles. The 2-liter, 4-cylinder diesel cars affected by the crisis include models ranging from 2009 to 2015.

To find the VIN, customers can reference their owner’s manual. The database is available at VWdieselinfo.com.

Although a recall is expected, repairs could take years. Older models will be particularly difficult to fix because they will require hardware and software changes.

Volkswagen has yet to propose an official fix to U.S. regulators.

The software causes vehicles to emit nitrogen oxide — which can exacerbate respiratory conditions such as asthma — at rates of up to 40 times U.S. standards. But in regulatory tests, the software makes the vehicles appear compliant.

Volkswagen is already the target of numerous investigations, including a U.S. Justice Department criminal probe and European inquiries. The company has also hired law firm Jones Day to conduct an independent investigation of its actions.

It’s unclear whether Hohmann-Dennhardt will have any role in those matters.