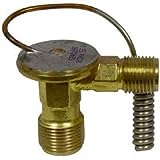 $466.53
Home › Blog › Autos › Volkswagen is not even close to taking on GM and Toyota in the US – Business Insider Auto sales numbers for May were reported on Tuesday.

But much of VW’s growth came from the company’s new Golf-family of cars, with 6,308 sold.

As impressive as the numbers may look, a little digging shows that the brand still has massive problems in the US market.

“Volkswagen has a great car in the Golf,” Kelley Blue Book senior editor Karl Brauer told Business Insider. “With the newest generation, they managed to make the Golf more efficient, better to drive, and more affordable than its predecessor.”

The cheapest version of the Golf starts at just under $18,000 — an attractive price-point for customers seeking a fun, Teutonic alternative to the more mundane subcompact offerings from Japanese or American car makers.

Unfortunately, Golf sales for May still lagged behind the 10,121 Versas Nissan moved. Golf sales were also beaten out by other segment competitors, such as the Ford Fiesta, Honda Fit, and the Chevrolet Sonic.

Volkswagen’s biggest seller was its Jetta sedan, with 12,650 units sold. That represents a 5% increase in sales compared to this time last year. However, according to Brauer, much of this spike in sales can be attributed to heavy price discounts and choice leasing deals.

In addition, Jetta sales are a fraction of the 36,768 Corollas Toyota sold, or the 34,472 Civics Honda managed to shift from its showrooms. The segments that matter most these days are SUVs and crossovers — the vehicles that buyers are clamoring for, and that can return juicy profits to automakers. This is where VW is dealing with some major challenges. Although the company’s Tiguan crossover saw sales jump 16.2% to 3,079 cars in May, that still represents only 1.4% of the segment.

The mid-size Touareg SUV is in even worse shape.  Although sales surged 26.8% last month to 700 units, the Touareg still makes up a miniscule 0.4% of the segment.

Nearly a decade ago, VW announced its intention to conquer to US market by selling 800,000 cars a year by 2018. However, last year, the brand managed to sell less than half of that. Even with the May sales increase, Volkswagen’s share of the market remains unchanged at an unimpressive 2.1%. By contrast, General Motors has 17.9% and Toyota has 14.8%.

We’ve been keeping an eye VW’s sales figures for a year, and during that time the company has been treading water. It’s clear that VW can sell cars — the Golf surge proves that — but it’s dealing with a major challenge to establish enough demand to achieve its ambitious goals in the US.