A lawyer for Volkswagen Group told a US district judge today that the company will probably be able to fix the 85,000 outstanding 3.0L diesel Porches, Audis, and Volkswagens that were also discovered to flout emissions regulations, following revelations that nearly 500,000 2.0L diesel vehicles were built with illegal emissions cheating software. 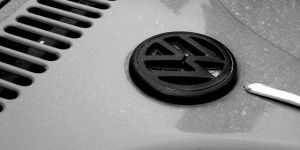 The settlement will be largest ever between an automaker and regulators.

The 3.0L diesels were not included in Tuesday’s news that Volkswagen would spend $10 billion to buy back diesel cars that were spewing up to 40 times the legal limit of nitrogen oxide (NOx). The 3.0L cars were discovered two months after the first revelations of cheating and have since been on a separate track. VW Group contests that its 3.0L cars did not cheat on federal emissions tests in the same way that the 2.0L engines did, although the Environmental Protection Agency (EPA) has asserted that the cars in question were built with illegal auxiliary devices to circumvent emissions regulations.

Reuters reports that US District Judge Charles Breyer asked that VW Group provide and update on this fix on August 25, but the judge has not yet given VW Group a firm deadline to present a fix to US regulators. VW Group’s lawyer told the judge that the fix the company is currently working on would not be complicated or impact the cars’ performance greatly.

If Volkswagen can find a fix for these 85,000 cars on US roads that satisfies the EPA and California’s Air Resources Board (CARB), that could potentially save billions in buybacks.