$58.37
Home › Blog › Autos › Volkswagen may have to foot bill for fall in resale value of cars – Telegraph.co.uk

Volkswagen may have to foot bill for fall in resale value of cars – Telegraph.co.uk

Volkswagen has announced that up to 1.2million vehicles will be recalled to remove “defeat devices”, software that allows cars to cheat emissions tests.

The value of used Volkswagen cars sold in Britain fell in September at a time when average valuations rose.

Jim Shannon, a DUP MP, asked the Transport Secretary if he agreed that the “full financial implications” should be “given to the feet of Volkswagen and Audi”.

Mr McLoughlin said: “That is one of the issues which I think VW will have to address in due course.”

The company previously said it would recall affected vehicles by the end of 2016, but has now admitted that it could take longer.

Asked about the delays, Mr McLoughlin said: “I will be looking to Volkswagen who have, it has to be said, acted disgracefully in this whole episode, to ensure that they live up to the expectations which they promised originally. We will be working to make sure that does happen.”

The European Union has now agreed on tougher emissions tests for diesel cars.

The new standards give car makers five years to bring them close to what the real emissions standards should be.

From September 1 2017, new car models will have to pass the new emissions test before they can be put on the market.

“The UK has been actively pressing Europe to address this problem and the agreement we secured in Brussels yesterday to introduce real world testing in 2017 is an important milestone.”

But shadow transport minister Richard Burden was critical of that agreement.

“Can the Secretary of State just clear the air on one point, and that is what happened at the EU technical committee yesterday,” he said.

“It wasn’t just about setting a timetable for new cars to conform with existing emissions, was it?

“Did it also not involve a permission to breach those limits by 50 per cent, that permission being open ended, and isn’t that what the UK representative voted for?”

Mr McLoughlin said: “What is important is that we got agreement yesterday for real world emission testing right across the whole of Europe and this has been something which has been objected to in the past. We pressed for it in May. I am very pleased that we achieved it yesterday.”

Labour’s Chi Onwurah (Newcastle upon Tyne Central) said: “As a chartered engineer and member of the IET (Institution of Engineering and Technology), I was horrified to learn that software engineering had apparently been used to cheat legitimate regulation and possibly undermine public health.

“You have criticised Volkswagen but what are you doing, what discussions have you had with the professional bodies, the Skills Minister and the automotive industry to ensure this sort of dark engineering has no place in our cars?”

Mr McLoughlin replied: “I completely agree with what you say. Industry across the piece, as far as this is concerned, is very embarrassed about what has happened and I am pretty sure they will take proper action to make sure the right regulatory measures are taken.” 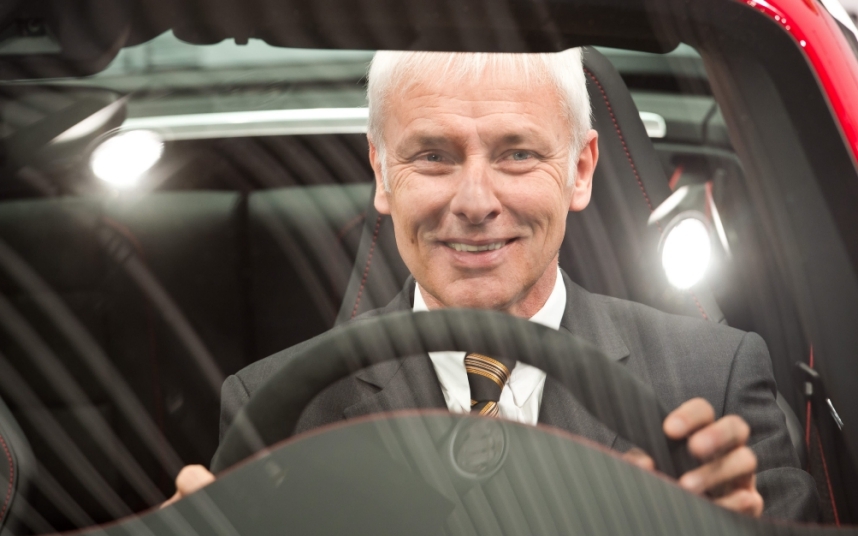