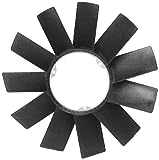 FREEHOLD TOWNSHIP – As Volkswagen scrambles to cope with the fallout from an emissions scandal, its dealership in Freehold Township has closed.

Volkswagen of Freehold on Route 9 notified customers on its website and with a sign on its door. And it referred them through a recorded message on its phone to other VW dealers in the area.

“It’s been our pleasure to work with you and serve you over these past years,” the message said. “Thank you again for all of your business and service. We wish you well.”

The dealership was owned by Group 1 Automotive, a publicly traded company in Houston that owns 153 dealerships nationwide. A sign in the doorway of Volkswagen of Freehold says the Freehold Township auto dealer has closed. (Photo: MICHAEL L. DIAMOND/STAFF PHOTO)

Volkswagen last year admitted that thousands of diesel-engine cars, including the Jetta, Golf and Passat, had software to help them cheat on emissions tests. It has prompted the German automaker to search for a fix.

New Jersey last week sued Volkswagen Group of America, alleging that nearly 600,000 diesel engine vehicles built since 2009 were equipped with illegal “defeat devices” that impaired emission control systems. About 17,420 vehicles have been registered in New Jersey, according to the complaint.

Volkswagen said it would continue to cooperate with regulators and try to fix the vehicles.

VW dealers, however, are in a bind. They can’t sell about 30 percent of their product, said Rebecca Lindland, an analyst for Kelley Blue Book, an Irvine, California-based research group. In a filing with the U.S. Securities and Exchange Commission last summer, Group 1 Automotive said the emission issue was a risk and noted that Volkswagen, Porsche and Audi models represented 7 percent of its new vehicle sales.

“Dealers are in a really difficult position right now because they can’t sell these vehicles that are in their inventory.” she said. Volkswagen CEO steps down amid US emissions-rigging scandal