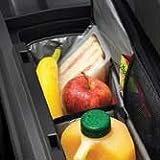 Volkswagen’s board will meet on Friday to appoint a new chief executive after the resignation of Martin Winterkorn over the emissions scandal that has beset the German carmaker.

The company’s 20-member supervisory board will gather at its headquarters in Wolfsburg for a scheduled meeting that has turned into a crisis summit.

Matthias Müller, the 62-year-old boss of Volkswagen’s Porsche sports car division, is the frontrunner to take over. He is backed by a majority of the board and looks certain to be appointed, Reuters reported.

Winterkorn quit on Wednesday, less than a week after US regulators revealed that the company had installed devices in its diesel cars to falsify emissions tests. He had apologised for breaching public trust but was unable to hang on to the job he held for more than eight years.

Müller trained as a toolmaker before studying information technology. His experience of working for the Volkswagen empire since the 1970s has made him the favourite to try to steady the company.

Related: VW emissions crisis: UK to retest vehicles as owners call in lawyers – as it happened

Müller, who has previously joked about being too old to get the top job, also has the support of the Porsche-Piech family, who own most of the voting rights in Volkswagen.

The appointment of a new chief executive is expected to coincide with more senior departures from the carmaker. Reports in Germany said Ulrich Hackenberg, head of research and development at its Audi arm, Wolfgang Hatz, a board member at Porsche, and Heinz-Jakob Neußer, head of VW brand development, were poised to leave.

Michael Horn, Volkswagen’s US boss, may also depart in the clear-out. Horn said this week that the company “screwed up” over the emissions affair.

In April, Volkswagen US wrote to owners of diesel-powered Audi and VW cars asking them to take their cards to dealers to make sure emissions were “optimised”, Reuters reported. The company failed to mention that the letters were part of an effort to placate increasingly sceptical regulators over Volkswagen’s emissions record.

Pressure continued to build on the carmaker as European and US authorities escalated their investigations. Germany’s transport minister said Volkswagen had manipulated emissions tests in Europe and at least 27 US state attorneys launched a multi-state investigation into the company.

In the UK, ClientEarth, an environmental group, criticised the government for failing to act on evidence that cars were not performing according to test results.

The government told the supreme court in evidence for a case brought by ClientEarth that “the real world emission performance of a vehicle has turned out to be quite different to how the vehicle performs on the regulatory test cycle”, the Times reported.

Volkswagen’s luxury rival BMW was dragged into the scandal on Thursday when a news report said some of its diesel cars exceeded emissions standards. BMW said it did not “manipulate or rig” tests on its cars.

BMW’s shares fell heavily but were up almost 5% in Friday morning trading. Volkswagen shares, which had fallen by more than a third this week, rose 1.8%.