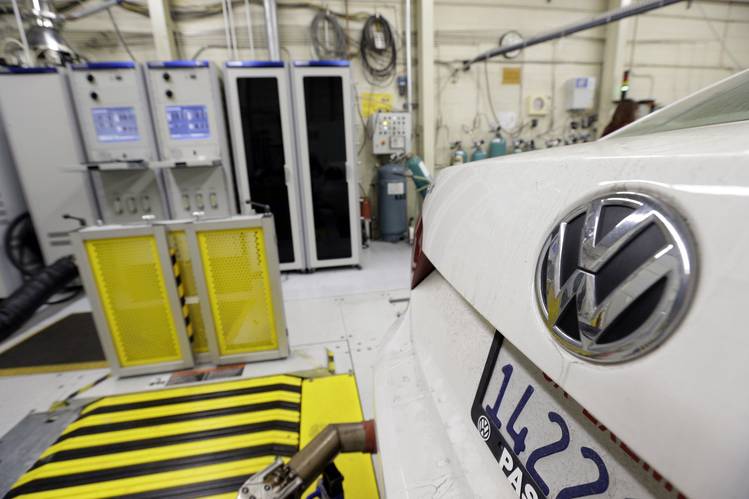 
’s recall of millions of tainted diesel vehicles got underway in Europe on Friday after Germany’s motor vehicle agency gave the car maker the green light to begin fixing 800,000 vehicles, a significant step towards resolving its emissions-cheating scandal.

Last September, Volkswagen admitted to rigging diesel engines on nearly 11 million vehicles worldwide to cheat on emissions tests by configuring the engine’s control software to recognize when it was on a test treadmill. During normal road use, the software relaxed emissions controls and allowed the cars to emit more than 40 times the limit of toxic nitrogen oxide, or NOx.

Fixing the cars has proven more difficult than initially expected. In Europe, where around 8.5 million of the affected vehicles are on the road, Volkswagen must seek approval for its prescribed fix for each model type separately, a tedious and complex process. The recall was delayed by several months as the KBA motor vehicle authority insisted the fix have no impact on fuel economy.

“I am pleased that the retrofitting of over 800,000 of our customers’ cars can now begin,” said Jürgen Stackmann, the Volkswagen brand board member in charge of sales and marketing.

Friday’s announcement only covers European versions of the Volkswagen Passat, CC and Eos models with two-liter engines that can be repaired through a relatively simple update to the software that regulates the vehicles emissions system.

The European recall has no impact on talks over fixing nearly 600,000 tainted diesel vehicles in the U.S. Volkswagen is in negotiations with U.S. authorities and lawyers for customers in a class action suit in a federal court in San Francisco.

In April, Volkswagen and U.S. authorities reached a preliminary agreement in which the German car maker agreed to a blend of car buybacks, repairs and compensation to resolve the issue in the U.S. At a hearing last month, the federal court judge in charge of the case said Volkswagen and the other parties were on track to reach a final agreement by a June 21 deadline.

Volkswagen said it expected approvals soon to begin recalling additional high-volume models in Europe that use the two-liter engine. But a recall of vehicles with 1.2-liter TDI diesel engines planned in the first half of the year would be delayed, it said.

The car maker now will begin notifying European owners of the tainted diesel vehicles that they can bring in their cars to a local Volkswagen workshop to be repaired free of charge.

Last month, Volkswagen disclosed that it took a €16.2 billion ($18.1 billion) charge related to its tailpipe emissions cheating scandal, forcing it to slash its 2015 dividends. The company reported a loss of €1.58 billion for 2015 compared with a profit of €10.85 billion a year earlier.

Write to William Wilkes at william.wilkes@wsj.com