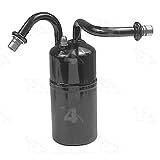 VW sales have still not returned to the level achieved before the diesel scandal erupted two years ago, when American dealers were selling more than 30,000 cars a month. But the resurgence is striking in a year when car sales nationwide are declining.

Mr. Williams’s dealership, in Lansing, sold 20 new VW cars last month, up from just nine in October 2016. “I’m back to three salespeople, and I’m about to add another,” he said. “We are on people’s shopping lists again.”

Volkswagen’s Audi luxury brand also continues to grow. Its sales climbed 9.6 percent in October from a year earlier, to 19,425 vehicles, and were up 6 percent in the first 10 months the year.

Although its United States sales are rising again, Volkswagen is still working through the impact of the diesel scandal. It has agreed to pay $22 billion in settlements and fines in connection with the matter, including $4.3 billion to settle a case that was brought by the Justice Department. It also agreed to compensate American customers and buy back or fix the diesel models equipped with the illegal software.

All told, Volkswagen used the illegal software in some 11 million cars worldwide, including about 600,000 sold in the United States. Affected models included the diesel-powered versions of some of the VW brand’s most popular cars, such as the Golf, Jetta, Beetle and Passat. Certain vehicles sold by Volkswagen’s Audi and Porsche brands were also equipped with the illegal software.

As of August, Volkswagen had repurchased or modified more than 308,000 vehicles in the United States equipped with 2.0-liter diesel engines, at a cost of $6.4 billion, according to an independent auditor monitoring the process. Roughly 200,000 claims for buybacks remain to be processed. The company had also repurchased about 35,000 vehicles with 3.0-liter engines, out of a total of 53,000 claims filed.

While reporting a drop in earnings last week — a decline largely due to diesel settlements — Volkswagen acknowledged that the damage from the scandal was “nowhere near an end.” Diesel cars have been a bigger part of the company’s product mix in Europe than in United States, handicapping a worldwide recovery.

In one good sign on Wednesday, Volkswagen shares climbed to 167.85 euros on the Frankfurt stock exchange, finally exceeding the price at which they were trading before the diesel scandal.

Volkswagen isn’t the only automaker facing challenges. General Motors shares slumped this week after Goldman Sachs analysts downgraded the stock and gave it a “sell” rating over concerns about the company’s prospects in 2018. The investment bank said it now favored shares of Ford Motor stock over G.M.’s.

Volkswagen’s revival in the United States is being driven by two new sport-utility vehicles that arrived in showrooms this year. Even before the diesel problems, VW’s United States sales had been declining since 2012 as consumers, spurred by low gasoline prices, flocked to S.U.V.s and turned away from sedans and compact cars. VW, like other automakers, was caught off guard and scrambled to beef up its S.U.V. offerings.

One of the new S.U.V.s, the Atlas, is a full-size model that enables VW to compete with big sellers like the Ford Explorer and Honda Pilot. The 2018 Tiguan is redesign of an existing model. It comes with extra roominess to appeal to American car buyers.

“We can now target the heart of the S.U.V. market,” Hinrich J. Woebcken, president and chief executive of Volkswagen Group of America, told reporters last month. “We are at a fundamental turning point for the brand and our strategy for our American customers.”

Jessica Caldwell, an analyst at Edmunds.com, an auto information website, said VW “is not completely out of the woods,” but noted that American consumers had a history of forgiving automakers who had erred. G.M. faced heavy criticism and investigation after it was slow to recall faulty ignition switches that were eventually linked to fatal crashes.

“Americans follow something for a certain amount of time, but won’t turn their backs on a brand like VW for life,” Ms. Caldwell said. “Eventually they forget or forgive.”

For Volkswagen, keeping up the growth in the United States won’t be easy. The VW brand still lacks a compact S.U.V. for the American market, and the next two new models are sedans, the kind of cars fewer and fewer consumers are buying. One is a redesign of the Jetta compact, and the other a new full-size car called the Arteon. Both are due next year.

The slowdown in overall car sales may also pose a headwind. The industry is likely to report a decline this year after seven years of growth and record sales of 15.5 million cars and light trucks in 2016.

To help lure customers, VW has extended the warranty it offers on its 2018 model to six years or 72,000 miles, double what it previously offered.

“This country always loves the comeback story, right?” Mr. Woebcken said. “That’s what American people love, and they love to give people a second chance.”