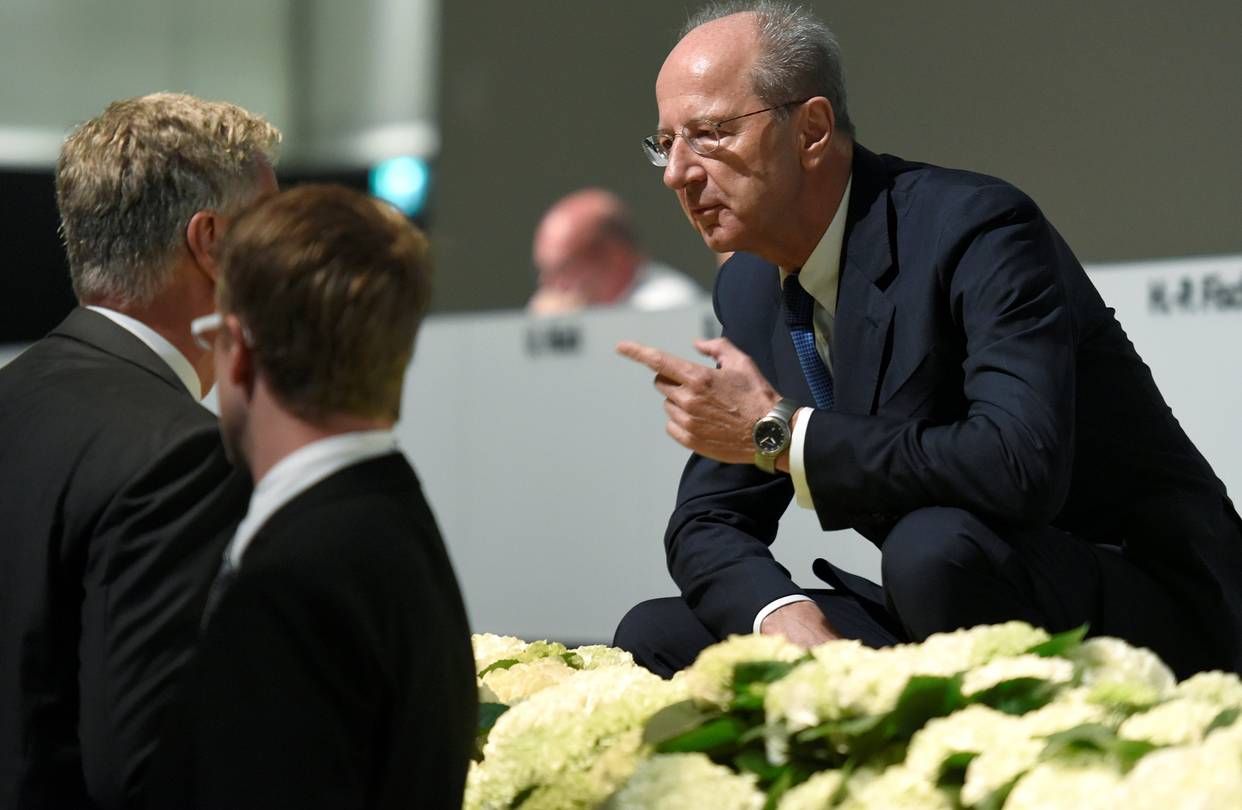 BERLIN— Volkswagen AG’s efforts to resolve its emissions-cheating scandal faced a potential setback Sunday with a fresh allegation that California authorities discovered cheating software on popular Audi models, while the company said a German criminal investigation has widened to include its chairman.

Officials from the California Air Resources Board allegedly discovered four months ago that some Audi engines were rigged to produce lower CO2 emissions in labs than in normal road use, according to a person familiar with the situation, potentially opening a new front in U.S. and European investigations.

Volkswagen, Audi and CARB officials discussed the allegation “some months ago,” the person said.

The allegation is the latest twist in a broader scandal that has embroiled Volkswagen. U.S. environmental authorities disclosed on Sept. 18, 2015 that the company installed software on about 500,000 diesel-powered vehicles in the U.S. that American authorities consider illegal. Volkswagen later admitted to installing the software on nearly 11 million vehicles world-wide.

Volkswagen agreed in June to a $14.7 billion settlement with state authorities and owners of 475,000 two-liter diesel vehicles affected in the U.S. The company is still in talks about a settlement for owners of 85,000 vehicles with three-liter diesel engines that were built by Audi, its luxury-car unit. 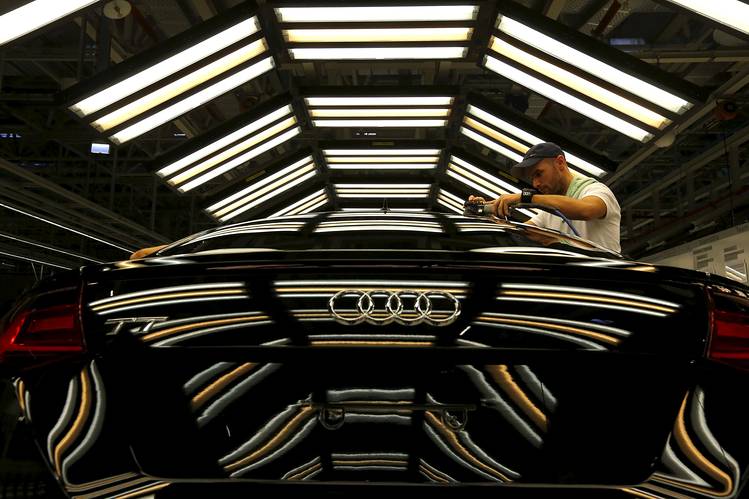 U.S. environmental officials caught Audi’s alleged cheating through lessons from the Volkswagen investigation, according to the weekly Bild am Sonntag newspaper, which first reported it. CARB technicians conducting lab tests on Audi’s vehicles made them react as if on a road by turning the steering wheel, according to the paper. When they deviated from lab conditions, the CO2 emissions rose dramatically, the paper said.

The account was confirmed by two people familiar with the situation.

The Audi defeat device was discussed in some detail in the second half of February 2013 by Volkswagen’s top brass during the annual test drive of new cars in South Africa, dubbed “Summer Drive,” according to one person familiar with the situation and the minutes of the meeting, which have been reviewed by The Wall Street Journal.

According to the minutes, Axel Eiser, the head of Audi’s powertrain division, said, “The shifting program needs to be configured so that it runs at 100% on the treadmill but only 0.01% with the customer.”

Such test drives were elite events at Volkswagen. The appearance that Audi’s alleged CO2 cheat was openly discussed by the company’s most senior management could increase criticism that Volkswagen insiders are still in positions of power at the company and able to influence the investigation.

That Audi was allegedly cheating on CO2 emissions is likely to be of most interest to European officials. The issue came up earlier this year when Volkswagen admitted that 800,000 cars sold in Europe had understated CO2 emissions, only to recant later and promise to pay any bill for any customer who is required to pay additional taxes for higher CO2 emissions than stated in the vehicle’s paperwork.

The new allegation suggests that hundreds of thousands of Audi A6 and A8 sedans and Q5 sport-utility vehicles that are equipped with the AL 551 automatic transmission could contain software calibrated to cheat on emissions tests and may have higher CO2 emissions than allowed by law in some places.

The allegation could also raise fresh questions in Europe, where regulators have been stricter on greenhouse gases than on nitrogen oxides. Volkswagen insists that its software didn’t violate European law.

In Germany, Volkswagen hasn’t been charged with any breach of law. Criminal and civil lawsuits are instead focusing on whether Volkswagen’s management violated securities law or committed fraud and should be held liable for damages suffered by investors and consumers.

VW said it has found no indication that management failed to inform investors in a timely manner. The company is recalling nearly 9 million vehicles in Europe, but says there is no basis for U.S.-style class-action lawsuits.

Volkswagen said Sunday that prosecutors in the city of Braunschweig, near the company’s headquarters, have widened their investigation to include Chairman Hans Dieter Pötsch. Investigators allege that Volkswagen management willfully kept the company’s shareholders in the dark about the U.S. diesel investigation and the potential financial risks.

Before becoming chairman in September 2015, Mr. Pötsch was Volkswagen’s finance chief, responsible for communications with financial markets. He became chairman in a management shake-up following the diesel disclosure.

Mr. Winterkorn and Herbert Diess, the head of Volkswagen’s passenger car brand, are also named in the Braunschweig investigation.

Volkswagen said no evidence has emerged to suggest that the company’s management failed to disclose the diesel issue to markets as early as possible, saying the company reaffirmed its belief that its management board “duly fulfilled its disclosure obligation under German capital markets law.”