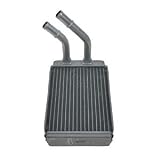 BERLIN Volkswagen will unveil a battery-powered SUV at the Detroit auto show on Monday, according to company sources, part of a push into electric vehicles as it seeks to win back U.S. buyers following its emissions test cheating scandal.

The car will be a plug-in hybrid version of the Tiguan, the German automaker’s top-selling sport-utility vehicle (SUV), the two sources told Reuters on Friday.

Europe’s biggest automaker is putting increasing emphasis on electric cars following its cheating of diesel emissions tests, which analysts think could hit demand for diesel vehicles, and a focus on SUVs makes sense given their growing popularity.

“VW can’t release an SUV soon enough,” Edmunds.com analyst Jeremy Acevedo said. “SUV market share is at its highest ever level (in the U.S.),” with compact SUVs such as the new Tiguan accounting for 13 percent of all U.S. auto sales in 2015.

The sources said the concept model, following VW’s unveiling of an electric microbus at the Consumer Electronics Show (CES) in Las Vegas this week, would hit U.S. dealerships sometime after the planned release next year of a new midsize crossover vehicle and a long-wheelbase Tiguan.

However, the German group is struggling to balance model development with the growing costs of its emissions scandal, a task made more difficult this week by a U.S. lawsuit seeking billions of dollars in fines.

Still, demand for hybrid and electric cars has been dampened by cheap gasoline as well as limited range and high prices.

U.S. sales of hybrid and all electric vehicles plunged 16 percent in the first 11 months of 2015 compared with the year before to 452,338 cars, the Electric Drive Transportation Association said.

However, regulators are requiring automakers to sell more electric cars to curb greenhouse emissions and VW is keen to redouble efforts in the wake of its emissions scandal.

“Perhaps VW was so successful building cars in a conventional way that the necessity to fully engage with several new aspects of mobility has not been recognized,” Chief Executive Matthias Mueller told Wirtschaftswoche magazine in an interview published on Jan. 6. “That is now different.”

VW plans to expand its so-called MQB modular platform – the base for most of the group’s small and medium front-wheel-drive models – to build long-range plug-in hybrids and electric cars.

“We are developing entirely new and unique vehicle concepts especially for long-distance electric mobility,” VW brand chief Herbert Diess said on Jan. 6 at the CES. “We are renewing our thinking, our approach and our products.”

Research firm IHS Automotive forecasts the VW brand’s U.S. sales may plunge another 13 percent this year, before rebounding in 2017 with the help of SUV launches and steadily growing to 507,794 cars by 2020.