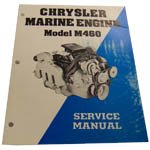 Volkswagen shares, which tumbled almost 30 percent last week, fell more than 7 percent on Monday as investors questioned whether the car firm can get to grips with its worst crisis in its 78-year old history.

“My biggest fear is that the amount of money we are talking about, the 6.5 billion euros ($7.3 billion) that has provisioned for, is a smaller amount than Volkswagen will probably have to pay,” Juergen Pieper, head of automotive research at Bankhaus Metzler, told CNBC’s “Squawk Box Europe” on Monday.

“My second concern is the duration of this scandal – it will probably take years before it sorts out all this and there’s the reputational damage too,” he added.

Last week, Volkswagen said it would set aside $7.3 billion to help cover the costs of the scandal. Fines related to the scandal were last week estimated at up to $18 billion.