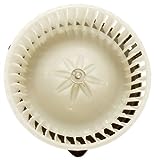 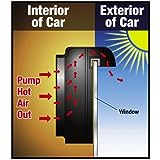 By cheating on their emissions tests, Volkswagen poisoned our families with dangerous pollution just to pad their own pockets. In fact, it is estimated that the 11 million affected vehicles with installed cheat devices worldwide could be causing as much air pollution as 20 coal-burning power plants every year.

In September 2015, Volkswagen admitted to installing software in certain diesel vehicles designed to bypass pollution control systems, resulting in dangerous emissions up to 35 times that allowed by law.

In October of 2016, Volkswagen reached a settlement with EPA in which it agreed to spend up to $14.7 billion to remediate the excess Nitrogen Oxides (NOx), or smog emissions. The majority of this money is going to vehicle buyback and modification programs for affected consumers but $2.7 billion of this settlement money is going towards NOx reduction programs via the Environmental Mitigation Trust. That means each U.S. state is getting millions of dollars to put toward clean transportation programs such as zero emission buses, charging stations and more — provided the state elects to do so.

Oct. 2, 2017, marked the “Trust Effective Date” — the date the clock starts for states to begin the process of claiming the billions of dollars of trust money they are entitled to to mitigate Volkswagen’s excess NOx emissions. States must identify a lead agency to supervise the distribution of settlement money no later than Dec. 1, 2017, 60 days after the Environmental Mitigation Trust Effective Date.

The Environmental Mitigation Trust funds provide states with the opportunity to decrease the impact that transportation has on our smog levels and climate. The U.S. transportation sector — which includes cars, buses, trucks, planes, trains, ships and freight — is a significant source of NOx, a primary component of smog, and contributes nearly 30 percent of all U.S. climate emissions, more than any other single sector of the economy.

Funds from this settlement can be used to help electrify the transportation sector in every U.S. state and eliminate one of our biggest sources of pollution in the country. The funding can be used to increase electric vehicle infrastructure through the building of charging stations and for states to invest in zero-emission transit buses, school buses, refuse trucks and port vehicles.

If done right, the investments in electric vehicle infrastructure and public outreach made from this funding can begin a new chapter in Volkswagen’s history. If used strategically, the Environmental Mitigation fund will accelerate electric vehicle adoption across the country — driving down smog levels and greenhouse gas emissions — while providing relief to those communities most adversely affected by the high levels of air pollution that Volkswagen’s vehicles, and conventional vehicles generally, have caused. Electrification is the most cost-effective way to lower NOx emissions over the lifetime of the vehicle, it keeps money in local economies and creates in-state jobs.

This settlement is a move in the right direction towards cleaning up Volkswagen’s dirty deceit, but we need to make sure the money is spent wisely. The remediation programs funded with this money are still being planned, making this the perfect time to steer major transportation investment toward an all-electric future.

Gina Coplon-Newfield is director of Sierra Club’s Clean Transportation for All Campaign.