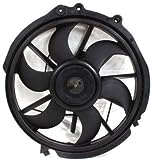 This year’s Paris motor show will host the unveiling of Volkswagen’s first all-electric car, according to an interview with company chairman Herbert Diess in German magazine WirstschaftWoche. The car will be roughly Golf-sized, according to the chairman, but will feel as roomy as a Passat on the inside, thanks to space saved via lighter frame construction and use of the electric drivetrain. It’s on track for a launch in late 2018 or early 2019, which is in keeping with their earlier stated goal of delivering a range of EVs by 2020.

The highlight feature of this car might be the charging speed, however, which Autocar says will give it 300 miles of travel on just one, 15-minute charge. Even for electric vehicles with big batteries and lots of range, recharging time has been the key sticking point – Tesla’s supercharger stations will achieve an 80 percent charge in around 45 minutes, for instance.

A 15-minute time for 300 miles of range would be very impressive in a production vehicle. VW-owned Porsche claimed an 80 percent charge in 15 minutes for its Mission E Concept, unveiled last year, with a max range on a full charge of 310 miles. That speed requires an 800 volt charging rate, which is something Porsche is actively looking to build into charging infrastructure.

It’s unlikely that a 2019 VW all-electric will be able to take advantage of this kind of charging tech widely, given the charging infrastructure changed required, but it would still be a big statement from the car-maker to offer the spec in a shipping car. And since the Volkswagen group is still reeling from its emission scandal, any sizeable steps it can take in the EV market will ultimately do a lot to hep it recover its reputation.

In addition to the speedy charging capability, VW also says they’re aiming to field a vehicle that actually costs less than traditional fuel-burning cars. Volkswagen has electric versions of the Golf and Up, but this forthcoming car will be its first dedicated electric model.