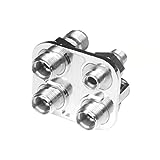 Volkswagen, the world’s second-largest car manufacturer by sales, is not under pressure to sell its truck manufacturing unit, management board member Andreas Renschler told a German newspaper in an interview published Sunday.

“The operating results of the Volkswagen group are good, despite everything. There won’t be a fire sale,” Renschler, who also heads the trucks business at Volkswagen, was quoted as saying by Frankfurter Allgemeine Sonntagszeitung.

Renschler, who was hired last year to oversee the restructuring of Volkswagen’s truck-making unit MAN SE and its Swedish subsidiary Scania, said that while the situation in South America, especially in Brazil, was “extremely difficult,” it was the right move to wait out the downturn and keep production going in Brazil until the economy recovered.

The executive, however, said that the market in Russia had bottomed out, while the American market is likely to decline slightly. “And then we have hopes for Iran, of course, even if there won’t be quite the gold-rush atmosphere that some are expecting,” he added, referring to the recent removal of trade sanctions against the country.

Asked if the trucks business may be separated and turned into a public company, Renschler said, “Everything is possible, but only if it makes strategic sense.” Renschler also defended Volkswagen CEO Matthias Müller, commending him for doing a great job and said Müller was the right man for the company to make a new beginning.

Volkswagen set aside about $7.1 billion last year to cover repair costs for as many as 11 million of its cars worldwide after the company admitted that it had installed a cheat device in its vehicles designed to lower emissions during tests.

Earlier in January, the U.S. Department of Justice announced civil charges against the company for Clean Air Act Violations and has not ruled out criminal charges against individuals for allegedly conspiring to fool the federal government and Volkswagen customers.