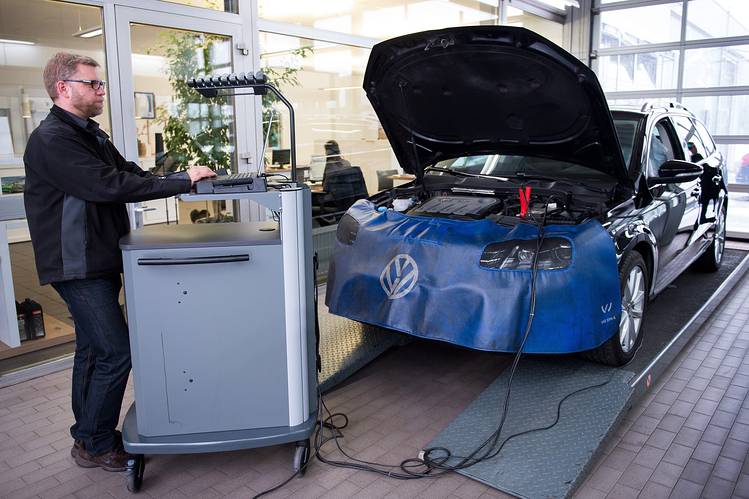 
’s global recall of millions of tainted diesel vehicles is stuck in first gear as regulators in the U.S. and Europe continue to hold back on approving the company’s proposed fix for millions of cars that don’t meet emissions standards.

The Wolfsburg, Germany-based car maker has been negotiating for months with U.S. environmental regulators over how to fix nearly 600,000 tainted diesel vehicles there. Nearly 11 million cars are affected world-wide.

A federal judge has given Volkswagen until March 24 to come up with a fix for the U.S. vehicles.

But company officials have already cast doubt on their ability to meet that target. Herbert Diess, chief executive of the Volkswagen brand, said recently that it would likely take months before an agreement is reached with U.S. authorities over how to fix the diesel cars.

In Europe, Volkswagen hoped to get off to an easier start. Last month, the company began a recall that would ultimately involve nearly nine million vehicles, calling on owners to bring in their Amarok light pickup trucks for a simple software fix to make the vehicles compliant with European emissions rules.

The Passat, one of the company’s most popular models, was supposed to follow just weeks later. But Germany’s motor vehicle authority, the KBA, has yet to give the green light for Volkswagen to begin recalling the Passat models.

“There has been no approval for the Passat. The tests continue,” a spokesman for the KBA in Flensburg, Germany, told The Wall Street Journal.

Because of bilateral agreements in motor safety in the European Union, the KBA’s decision in Germany would automatically apply to all 28 countries in the EU. And KBA’s lack of approval means Volkswagen cannot make any progress on its European recall, where the lion’s share of the tainted diesel vehicles are located.

A spokesman for Volkswagen said the KBA was carrying out so-called verification tests, but couldn’t say for sure when the Passat recall would get under way.

Write to William Boston at william.boston@wsj.com and Ilka Kopplin at ilka.kopplin@wsj.com