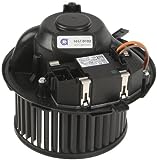 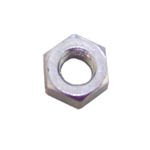 Volkswagen has confirmed that some Audi cars are equipped with software that can distort carbon dioxide emissions test results, as authorities in Europe and the US open investigations into the German automaker. As Reuters reports, the software installed on automatic transmission Audis allows the cars to behave differently during testing, resulting in inaccurate emissions test results.

German newspaper Bild am Sonntag reported last week that the California Air Resources Board discovered the software in an older Audi model over the summer, adding that the technology had been used in other diesel and petrol cars in Europe. Citing a confidential document, Sueddeutsche Zeitung reported over the weekend that the automatic transmission software would detect testing conditions (based on steering wheel movements) and adjust a car’s performance to emit less CO2 and nitric oxides. The car would operate at full performance during road driving, resulting in higher real-world emissions.

“Adaptive shift programs can lead to incorrect and non-reproducible results” during emissions testing, VW said in an email to Reuters on Sunday, responding to the Sueddeutsche Zeitung report. The company added that Audi “has made available technical information” about the software, known as adaptive shift programs, to Germany’s Federal Motor Vehicle Authority KBA, which is investigating the matter.

Volkswagen has been embroiled in an ongoing emissions cheating scandal after it admitted last year to installing so-called “defeat devices” on 11 million diesel cars. The software distorted emissions tests for nitrogen oxides, which cause health problems and contribute to global warming, and was installed on diesel models from Volkswagen, Audi, and Porsche. The newly discovered software distorted tests for CO2, which is the leading cause of global warming.

Volkswagen has not identified the Audi models that are affected by the software, but The Wall Street Journal reported over the weekend that it was installed on “top sedans and sport-utility vehicles,” including both diesel and gasoline-powered cars. The automaker told the Journal that the Environmental Protection Agency (EPA) has been aware of the software since July, after the agency discovered it during testing.