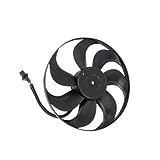 The state of Lower Saxony, VW’s second-largest shareholder, expects more “unpleasant news” to emerge over the months ahead but remains confident that the company has the financial strength to cope.

“We will this year probably every now and then be confronted with unpleasant news related to ‘Dieselgate’,” Stephan Weil, prime minister of Lower Saxony, told the Wolfsburg meeting.

“The damage will, on balance, not be minor, that much can already be said today, but Volkswagen luckily has a strong economic base,” Weil, also a member of the supervisory board, said.

The Western German state, which holds 20 percent of VW’s common shares, has “no reason” to alter its commitment to the carmaker despite the crisis, said Weil, a member of Chancellor Angela Merkel’s Social Democrat (SPD) coalition partners.

Separately, German prosecutors said on Tuesday they have widened their investigation into the emissions scandal and are now targeting 11 more employees.

Klaus Ziehe from the state prosecutor’s office in Braunschweig, Lower Saxony, which is leading the German case against VW, said 17 people were now being investigated, up from six previously.

“The number of suspects has risen, although none are from the management board,” Ziehe said.